In this week’s parshah, the Torah tells us that Hashem told Aharon the laws of pidyon haben. The Rem (Yoreh De’ah 305:10) rules in the name of the Reivash that a person may not appoint a shliach to perform pidyon haben on his behalf.

Many Acharonim, however, disagree. Indeed, the Vilna Gaon states not only should a person be allowed to appoint a shliach to perform pidyon haben, but he should also be able to perform pidyon haben for another person even if he wasn’t appointed to do so. Pidyon haben should not be different than ma’aser sheini, he argues, concerning which the Rambam writes (in the fourth perek of Hilchos Ma’aser Sheini) that a person can redeem another’s ma’aser sheni without even having been appointed to do so. The Ritva (on Pesachim 7b) writes that the berachah that we recite on pidyon haben is “al pidyon haben” and – not “lifdos haben.” This is because others can perform it – even without the father’s knowledge.


The Vilna Gaon argues that that there is even more reason to permit doing pidyon haben via a shliach since pidyon haben is essentially repaying a debt. The Gemara (Bechoros 48) states that a kohen may collect the money of pidyon haben from the father’s property. This ruling implies that the money is owed as a debt, and since a person may repay another person’s debt, he should be allowed to pay the pidyon haben debt. The Vilna Gaon concludes that the only reason why one should not use a shliach is because it is always better to perform a mitzvah on one’s own than to have someone else perform it on one’s behalf.

Another proof that pidyon haben is a debt owed to a kohen come from Tosafos on Bechoros 49a. The Gemara says that after a firstborn son is 30 days old, money is owed to the kohen – even if the boy thereafter dies. This ruling only makes sense if the pidyon haben money is a debt since the mitzvah of pidyon haben no longer applies.

The Maharsha (in Kesubos) state that a kohen can, in fact, forgive the debt of pidyon haben. This ruling seems to be in line with those who believe that pidyon haben is only a monetary debt, not a mitzvah to give the money. We can assume that the scenario to which the Maharsha is referring, that a kohen can forgive the debt of pidyon haben, is one of makerai kahunah (where the owner always gives his matanos to a specific kohen creating a monetary preference to that kohen).

The question of whether a kohen can forgive the debt of pidyon haben may be dependent on another question. How do we view the forgiving (mechilah) of a debt? One option is that when one says that the debtor doesn’t have to pay the debt, the debt is off. The other option is that when one says, “you don’t have to pay me,” we view it as if he has already received the money.

If forgiving a debt is only a means of removing the debt, one can argue that it should not work for pidyon haben. This is because the money is not owed to only one person, but rather to the entire sheivet of kohanim; one kohen should not be able to remove a debt that is owed to the entire sheivet. However, if forgiving a debt is considered as if he has received the money, one kohen can forgive the money. This is because it is no different than if he had actually received the money –in which case the debt is off. 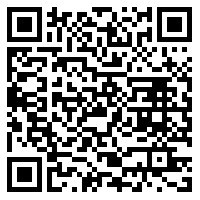