While Donald Trump’s daughter and son-in-law may be the most public Jewish faces of his campaign, a softer spotlight shines on newcomer Jason Greenblatt. Named by Trump as one of his Israel advisers several months ago, Greenblatt serves as executive vice president and chief legal officer to Trump and The Trump Organization. Having worked for Trump for almost twenty years, the Orthodox father of six from Teaneck, New Jersey, is emerging as a positive and constructive force in his boss’s campaign.

I met with Greenblatt in his Trump Tower office in hopes of better understanding the Republican candidate through the lens of his trusted employee, confidant, and Jewish friend.


While Greenblatt feels “incredibly fortunate” in his role as Trump’s liaison to Israel, he does not take his job lightly. “I daven to Hashem each day,” he told me, “to give me the wisdom, skill, knowledge, and ability to be able to help Israel and the people of Israel and the United States in the best possible way.”

In the course of our interview Greenblatt pledged to “do the best job I possibly can in whatever role, large or small, Hashem may destine that I play in this historic election.”

Lehmann: Trump has resonated with many who are increasingly disenchanted with political correctness and the establishment, yet finds himself under unabated attack. What is the best way to respond to a Trump hater?

Greenblatt: What I find is that Trump haters are very surface-oriented people. They’ll grab a sound bite or something they either heard or misheard in a debate or read in a newspaper that’s already been transformed into multiple messages with a reporter’s or editor’s bias. My goal when I speak to people is not so much to convince them to vote for Donald, although of course I’d love to be able to do that, but to have an intelligent conversation about what he really means and also, where does Hillary stand on this issue.

I would like to see more unity on the Republican side. It doesn’t compute for me when staunch Republicans are saying, “Well, I’m not going to back him and I’m not going to vote.” That essentially means they’re voting for Hillary. You might not agree with everything Donald says, but either you’re going to back him or you’re going to back the other side. Certainly Jewish people need to think long and hard about where Hillary is on the issues as opposed to where Donald is. Particularly when it comes to security, because unfortunately now terrorism is also within our borders and not just in Israel.

What do you think Trump represents to Jewish voters and what would his election mean to them?

Trump is incredibly strong and supportive of Israel. He recognizes the very precarious area that Israel exists in, even more so in the past period of time because of the terror that has happened on our own shores. He recognizes that the terror is in large part caused by the preaching of hate to Palestinian children and he recognizes that Israel is doing its absolute best to keep its citizens safe. He isn’t someone who is going to undermine Israel’s ability to secure its borders and its people.

In a perfect world he would love to be able to achieve peace. He sees his skills, his knowledge, his ability to talk to people as the traits that are necessary for someone who will come into a room with both sides and see if some sort of peace deal can be worked out. But he would never impose that deal on Israel or the Palestinians for that matter. No peace deal is worth anything if some other country or countries try to impose it on them.

Would Trump agree that Palestinian recognition of Israel as a Jewish state should be a precondition to any deal?

Yes. He was very clear in his AIPAC speech that Israel is a Jewish state and will always be a Jewish state. Whether you couch it as precondition or some other creative way to do it, he absolutely agrees that it has to be a Jewish state forever. If the Palestinians come to the table and say we want all of Israel and want the Jews kicked out, there’s no point in having a discussion. But if they come to the table with some other reasonably acceptable standard, reasonable to the Israelis, not just to Mr. Trump, then maybe the conversation can continue. But it’s a little hard to predict, because there is no partner right now at the table.

Can you comment on the criticism leveled at Trump for what some see as a tepid denouncement of anti-Semitic supporters?

I know that there’s been a lot of discourse in the Jewish community about how he hasn’t gone far enough to condemn some of his followers who are anti-Semitic. I think that’s very unfair criticism. Having worked here for twenty years as a frum person, I can tell you that Donald has been enormously respectful of my being Shomer Shabbos. He has bent over backward to help me succeed in the company despite my being Shomer Shabbos. That’s who he is. He respects all kinds of people for who they are because he realizes that everyone brings something to the table.

He condemned David Duke. Did he condemn him the second everyone wanted him to condemn him? Our community has this sort of focus that we want something done a certain way; we want it done right away. We’re not the only people in the country. He spoke to The New York Times, condemned Duke’s remarks, said very clearly anti-Semitism has no place in society. I think his broad condemnation of anti-Semitism is even stronger than had he merely condemned irrelevant Twitter trolls. People need to look at the whole campaign story and not a particular story, biased or unbiased, in a particular newspaper on a particular day.

As someone who has worked with Trump for almost twenty years, how do you react to people who attack his temperament?

In twenty years Donald has been nothing but extraordinarily respectful, not just to me but also my wife and my kids. He is warm, caring, and compassionate. I don’t think he’s impulsive; he’s energetic. He is excited to bring forth new ideas. That doesn’t mean he’s going to implement them without a lot of study and understanding.

He is a tough negotiator, absolutely, but that also doesn’t mean he isn’t capable of speaking thoroughly appropriately all the time. People see him on TV say something about a particular kind of person without understanding the context. Almost all those times he was attacked and was defending himself. He rarely goes on the attack but he’s definitely a counter-puncher. So if someone’s going to attack him, he’s going to attack back and attack strongly. But he’s going to do it within the bounds of what makes sense.

How do you respond to those who accuse Trump of having a vague platform or flip-flopping on issues?

Donald has tremendous intellectual capacity. There are some people who perceive his big-picture ideas as vague but you have to start with the big-picture idea. At least he’s coming to the table with a lot of change, meaning he’s saying the system doesn’t work. Take security – clearly the system isn’t working. Yes, he has some big-picture ideas and he will have teams of really smart people to help him develop them. But you have plenty of politicians who are extremely specific – and where does that get us?

Regarding his position on issues, look, he’s been a businessman all his life. He’s not been a politician. I personally don’t think there’s a problem if he learns more information and decides that his initial position on something maybe needs to be more nuanced or needs to change somewhat. I think of that as a strength, not a detriment. If somebody is going to dig in their heels and say this is the way it’s going to be, and they don’t want to change their mind after a lot of facts are given to them, that doesn’t make me feel comfortable. I think a leader does need to learn and maneuver as things come to light.

What would distinguish Trump as a president?

I think that what he brings to the table in a big way is looking at things the way I would want my president looking at things, not the way things have been done because they’ve always been done that way. That doesn’t serve our country well. Things are constantly changing. The world I’ve been raising my kids in during the last year and a half to three years is significantly less safe than even when September 11 happened. Therefore it does me no good to have a leader who has all this so-called experience in terms of being an insider in Washington. I’m not going to feel any safer for myself and my family just because someone has been in Washington for a long time. If anything, I’m a big believer in someone who thinks outside the box, somebody who looks at things with a fresh pair of eyes. And I think Donald brings that to the table.

Do you see Trump as Obama’s legacy?

Absolutely. Obama started out his presidency by apologizing left and right about who we are and who we stand for. We’re an amazing nation. I say that as a Jewish person able to live and work here and keep Shabbos. This is an incredible country for Jews and other minorities. So what is there to apologize for? We are a nation filled with incredible people.

Obama definitely put our country on the defensive very early on and we’ve lost respect around the world. I think there are other issues that he created for us, in particular regarding terrorism and security. Obama’s legacy has left a huge portion of our population dissatisfied, and I think the antidote to that is someone like Mr. Trump. 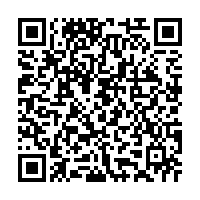