A Hebrew slave is to go free after six years. If the slave has grown so used to his condition that he wishes not to go free, then he is forced to undergo a stigmatizing ceremony, having his ear pierced, which thereafter remains as a visible sign of shame. Every Shabbat, slaves cannot be forced to work. All these stipulations have the effect of turning slavery from a lifelong fate into a temporary condition, and one that is perceived to be a humiliation rather than something written indelibly into the human script.

Why choose this way of doing things? Because people must freely choose to abolish slavery if they are to be free at all. It took the reign of terror after the French Revolution to show how wrong Rousseau was when he wrote in The Social Contract that if necessary people have to be forced to be free. That is a contradiction in terms, and it led, in the title of J. L. Talmon’s great book on the thinking behind the French revolution, to totalitarian democracy.

G-d can change nature, said Maimonides, but He cannot, or chooses not to, change human nature, precisely because Judaism is built on the principle of human freedom. So He could not abolish slavery overnight, but he could change our choice architecture, or in plain words, give us a Nudge, signaling that slavery is wrong but that we must be the ones to abolish it, in our own time, through our own understanding. It took a very long time indeed, and in America, not without a civil war. But it happened.

There are some issues on which G-d gives us a nudge. The rest is up to us.

Adapted from “Covenant & Conversation,” a collection of Rabbi Jonathan Sacks’s parshiyot hashavua essays, published by Maggid Books, an imprint of Koren Publishers Jerusalem (www.korenpub.com), in conjunction with the Orthodox Union. Rabbi Lord Jonathan Sacks, chief rabbi of the British Commonwealth since 1991, is the author of many books of Jewish thought, most recently “The Koren Sacks Rosh HaShana Mahzor” (Koren Publishers Jerusalem). 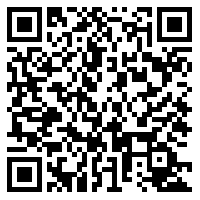