Throughout their forty years in the desert, the Jewish nation had to be prepared to travel at a moment’s notice. At any time the Divine clouds could suddenly rise and proceed further into the desert. As soon as that occurred the entire nation had to immediately dismantle their camps, gather their children and belongings, and begin to travel in perfect formation along with their tribe.

The Leviim had the added responsibility of dismantling the Mishkan and preparing it for travel. The tribal leaders donated wagons and oxen to the Mishkan which Moshe apportioned to two of the Levite families – Gershon and Merori – to use for the transportation of the Mishkan and its vessels. The third Levite family however – the prestigious family of Kehas – were not given any wagons. The Torah explains, “And to the sons of Kehas he did not give; since the sacred service was upon them, they carried it upon the shoulder.” Since they were responsible for the Aron Hakodesh and the other holiest vessels it was not proper for those vessels to be placed in wagons. Rather, they were carried directly, upon their shoulders.


After Bnei Yisrael had been settled in Eretz Yisroel for a few hundred years, during the time of Eli Kohen Gadol, the Aron Hakodesh was captured by the Plishtim. They held it for a short time, and then sent it back to Israel. For many years after its return the Aron remained in Kiryas Yearim, in the home of a man named Avinadav.

When David HaMelech conquered Yerushalayim he was determined to bring the Aron home. He arranged for it to be transported in a wagon pulled by oxen. Uzzah, the son of Avinadav walked alongside the wagon. At one point, when the Aron appeared to be falling, Uzzah jumped in to straighten it. It was deemed an affront for him to even entertain the notion that the Aron could fall because “the Aron carried those who (appeared to) carry it”. Because of that act Uzzah was immediately killed.

The Gemara asks what wrong David HaMelech had committed that he was indirectly responsible for Uzzah’s death. The Gemara explains that it was retribution for his saying , “Your statutes were music to me in the house of pilgrimage.” It was unbefitting for David HaMelech to refer to the words of Torah as a song. As punishment he was made to forget a law blatantly recorded in the Torah. The verse says that the Children of Kehas were not given wagons because they carried the Aron on their shoulders. Yet David HaMelech placed the Aron Hakodesh on a wagon instead of having it carried upon Uzzah’s shoulders.

HaRav Yonasan Eibeshitz, zt’l explains that the prohibition to place the Aron Hakodesh in a wagon symbolizes that Torah must be studied with diligence and toil. One must exert himself physically and emotionally to attain a true level of Torah acumen. He cannot “set it down comfortably before him as he walks leisurely.” Rather, he must “carry it upon his shoulders,” bearing its full weight with devotion and love.

When David compared Torah to music, he unwittingly implied that adherence to Torah is effortless and can be mastered with nonchalance, much as one sings an enjoyable song. To demonstrate David’s fallacy G-d caused him to forget the law which symbolizes the opposite of his words. Torah indeed requires effort because one can easily forget it and be the cause of serious transgression, as David forgot a simple law.

Rav Elazar Shach zt’l asked that if, in fact, David erred when he referred to Torah as music, why is that verse included in the book of Tehillim?

Rav Shach explained that comparing Torah to music/song reflects two different ideas: First, it suggests that observing G-d’s mitzvos are as simple and natural as melodious music. That is simply not true as it is often challenging to perform mitzvos, and there are often many impediments that one must contend with.

Second, the spiritual pleasure and ultimate reward one experiences through Torah study is so great that no earthly pleasure can measure against it. One who engages in deep sincere Torah study enjoys a feeling of fulfillment and joy that cannot be expressed in words.

‘For A Jew To Remain In The Diaspora Is Like A Slap In God’s Face’: An Interview with Rabbi Nachman Kahana 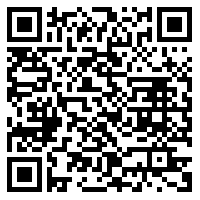