As we close out the longest stretch of Yomim Tovim in our calendar cycle, we now find ourselves in the month of Cheshvan. While last month one could have fairly claimed to have been overwhelmed with all the areas of growth being asked of us, this month presents an altogether different challenge. That is, how do we grow without the guidance of the special holy days? Our journey thus begins. Let’s go.

Perhaps the most glaring aspect of this month is its nickname – Mar Cheshvan – Bitter Cheshvan. Simply understood, it is a bitter time because there are no holidays to provide the sweet opportunity to come close to Hashem. However, this thought generates the disturbing suggestion that Cheshvan has no special qualities. Since that is obviously untenable, we are forced to conclude that since the month is bitter, its quality is bitterness! That being discovered, we now have to discover how bitterness can be used in the service of Hashem. We’ve made some progress; let’s move along.


Here’s another question for the mix. It is well known that each of the Jewish months aligns with one of the constellations. The mazel of Cheshvan is Akrav – the Scorpion. Working to understand this can be a daunting task for the following reason. All the Torah teachings about the calendar seem to work with a basic understanding that each month’s characteristics can be used properly or improperly. However, while a quality or trait can indeed be used improperly, it never is presumed to have an intrinsic malignance. Yet, I challenge the readers of this column to find a single Torah source that views scorpions in a positive light. The scorpion is invariably a representation of a negative surprise that falls upon the unfortunate. If this is the case, we should be asking ourselves what type of positive growth we can glean from this sinister arachnid. It seems we have a way to go.

In order to answer these questions let’s take a detour to analyze the tribe aligned with Cheshvan – Menashe. The Torah does not discuss him in great detail, but we’ll have to work with what we’ve got. In the sidra of Va’yechi we find Yaakov Avinu at the end of his life. Yosef brings his two sons Ephraim and Menashe to receive their grandfather’s blessing before he dies. Yosef positions his firstborn Menashe on Yaakov’s right side so he would receive the greater blessing – which stems from the right hand. Then Yosef positioned Ephraim (the younger son) to Yaakov’s left so that Yaakov would bless him with his left hand. Yaakov proceeded to cross his hands over each other in order to bless Ephraim with his right hand, for “the younger brother shall become greater, and his offspring’s fame will fill the nations [and he is therefore more in need of the greater blessing].”

The answer is that the Torah is addressing an obvious yet unstated question. Why did Yaakov act strangely by crisscrossing his hands when he could have simply switched Ephraim and Menashe’s positions? Why did he keep Menashe on his right if he thought it was more appropriate for Ephraim to be blessed with the right hand? The answer is “because Menashe was the firstborn.” Since he was older he deserved the honor of being on the more important side. Ephraim needed the greater blessing (which comes from the right hand) but Menashe deserved to be on the right side, so Yaakov resolved the issue by crisscrossing his hands.

It may sound like we answered our most recent question. However, there’s still an issue. Let’s ask ourselves, why did Yaakov think that Menashe should be on the right? Didn’t he see that the younger son was more deserving? Apparently, Yaakov understood that the Torah requires us to give greater respect to the firstborn. However, if that were true, then what prerogative did Yaakov have to supersede Menashe’s birthright by giving Ephraim the greater blessing? Perhaps you’ll answer that Yaakov had a right to decide which son was worthier. But if that were the case then why didn’t he place Ephraim on his right? Suggesting that Yaakov was simply compromising would almost imply that he was uncertain of what to do. Philosophically speaking, is one permitted to choose according to his understanding or is one obligated to bow before the circumstances set in place by the Almighty?

The answer is that of course one is allowed – even obligated – to try and change any given situation (in accordance with what he perceives the Divine Will to be). We are not permitted to sit back on our laurels and absolve ourselves of responsibility, claiming that things are the way Hashem wants them to be. That being said, one’s deeds may be very different if he realizes that in reality Hashem is in control and we only act because Hashem commands us to. One difference may be in the extent to which we try to alter the situation. A true believer will only change what needs to be changed, but refrain from gratuitous modifications because he realizes that (barring the part that Hashem obligated him to change) the situation is exactly how Hashem wants it to be. Worded differently, every situation that Hashem created is perfect with the exception of those that He created imperfect in order to allow us to perfect them. Therefore, we may only ever act where Hashem wants us to, but we must leave everything else as is. That is why Yaakov was permitted to give Ephraim the greater blessing, but he refrained from moving Menashe. Giving Ephraim the greater blessing was necessary and therefore appropriate, while moving Menashe was unnecessary and therefore inappropriate.

Now perhaps we can backtrack and answer our questions. How can we grow from bitterness and what is the lesson of the scorpion? The answer is: we need to recognize that sometimes things are bitter. There will always be months in our lives that are bitter, and sometimes bitter circumstances befall us. While we obviously must try our hardest to improve our situation, our deeds must be tempered with the realization that Hashem is orchestrating everything. Of course we must act, but if indeed we cannot improve our lot then we must calmly accept that some things are bitter and only Hashem knows what is truly good for us. If we can do this, our lives will be that much sweeter. 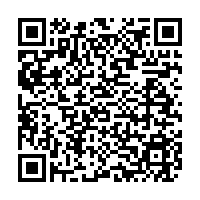