One of the great mysteries in the Jewish world is the secret to the success of the Chabad-Lubavitch movement. As a New York Times writer once asked me: “No company or organization can function – let alone successfully – without a CEO or leader. How is it possible that Chabad is not just surviving, but thriving so many years after the Lubavitcher Rebbe passed away?”

The statistics are staggering: In the 24 years since the passing of the Rebbe (his yahrzeit is this Shabbos, the third of Tammuz), the number of Chabad emissaries has more than quadrupled. Without a Rebbe at the helm, what drives this growth? What motivates young men and women who never saw the Rebbe to become emissaries in such far-flung locations as Cambodia and the Congo?


The answer, interestingly, can be found in this week’s parshah. Korach rebels against Moshe, arguing, “All the people in the community are holy, and G-d is with them. Why do you raise yourselves above G-d’s congregation?” Moshe does not respond to Korach’s question. Instead, we read that he “heard and fell on his face.” And then he told Korach and his group: “In the morning, G-d will make known who is His, and who is holy…and the one He chooses, He will draw near to Him.”

Subsequent events in the parshah clearly demonstrate that Korach sinned gravely, but his argument seemingly remains unanswered: Why, indeed, is Moshe the leader when “all the people in the community are holy, and G-d is with them”? Moshe could have certainly explained to Korach that G-d had chosen him. But he didn’t. Why not? Why did he instead fall on his face?

The answer is that by “falling on his face,” Moshe expressed the very essence of what defines a true Torah leader and why Hashem had chosen Him. A divine leader is not necessarily smarter than everyone else, or more charismatic, or more inspirational, or more influential. What defines him is his incredible humility. “The man Moshe was very humble, more so than any person on the face of the earth.”

When Moshe was confronted with Korach’s challenge, he did not assume a defensive posture. He was not offended nor did he take it personally; he didn’t try reasoning with Korach and his men. Instead, Moshe “fell on his face” – the ultimate sign of humility and selflessness – and turned to G-d to settle the matter.

This display of utter humility was the best possible response to Korach. Korach arrogantly sought leadership because of the glory, power, and influence that come with it. He thought himself superior to the rest of the people and deserved to be their leader. He projected his own drive for honor on Moshe, assuming that Moshe was just like him.

But he was gravely mistaken. Moshe never wanted to be the leader. Even when G-d Himself commanded him to lead the Jews and to teach them Torah – what greater mitzvah can there be! – Moshe resisted, begging G-d to “send someone more appropriate.”

Korach thought a Jewish leader functions as a human intermediary between G-d and the people, between the Torah and its students. He thought a leader is defined by his strengths – his wisdom, his charisma, his wealth. How wrong he was!

A true leader embodies the exact opposite. He is defined not by what he is, but what he is not. The single most important quality of a true leader is bittul – humility. He – his personal self – is invisible, and therefore becomes a transparent channel for godliness. He is a living example of godliness, the epitome of how G-d wants a person to be.

Deifying individuals is anathema to Judaism. Idolatry is a cardinal sin. We only worship G-d, and G-d alone. The greatness of a tzaddik, a Rebbe, a Moshe Rabbeinu, is not the power of the individual, but the power of G-d working through him. In fact, even the slightest tinge of an individual ego or personality can get in the way, not allowing the inherent godliness to shine through.

The reason we needed Moshe – and the reason we need a Moshe-like figure in every generation – is because we as individuals are consumed and overwhelmed by material life, by our subjective egos, and by personalities that often and easily get in the way of accessing G-d and Torah truth. We need a selfless leader, a teacher, to guide and show us how to directly access godliness through our souls.

A true teacher has no ego; he’s always cognizant that he is merely a messenger channeling truth from a far greater place. Indeed, a Torah scholar is not called “chacham,” a wise person, but “talmid chacham,” the student of a wise person. The scholar always feels he is but a student of Divine wisdom. “Reishis chohma yiras Hashem – The beginning and foundation of wisdom is awe of G-d.”

Korach and his men, however, had never met such a leader. Based on their limited experience, they were unable to believe in the existence of such an individual. Nonetheless, as a result of their challenge, we today understand the nature of a true Torah leader. That’s why, in fact, the Torah relates the story of Korach’s rebellion. We actually owe Korach a great debt for clarifying the role of true leadership and exposing the distortions of its false counterpart.

This story also teaches us the secret of Chabad’s extraordinary and unprecedented success. I submit that many of us are skeptical that a leader of the nature I described – a Rebbe – could exist because we have never met one. The so-called “leaders” around us – political, business, sports, entertainment – are, at best, essentially nothing more than successful administrators driven by aggressive ambition.

My colleagues and I, however, had the distinct privilege, honor, and enormous merit to meet such a leader – a godly man entirely dedicated to the Higher Cause. His name was Rabbi Menachem Mendel Schneerson. Or simply: The Rebbe.

Since he was a true leader, humility defined his personality. He was a man in whose presence you felt, not him, but yourself. You felt you belonged – that you mattered and had an indispensable contribution to make in this world.

If the Rebbe (G-d forbid) had been simply an excellent CEO or a charismatic leader, Chabad would not have continued, and certainly not flourished, after his passing. If Chabad was about a cult personality, the movement would have ceased to exist without the personality. But the Rebbe was a leader in the spirit of Moshe Rabbeinu. His effect on his chassidim, and on every individual who came in contact with him, was one of empowerment, of encouraging serious “ownership” of his or her Yiddishkeit.

The Rebbe ignited the neshamah in every person he met, inspiring him to rise up and shine on his own – “shalheves oleh m’ayleho” – to take responsibility and be a leader in his own right. The Rebbe did not just teach Torah knowledge; He taught Torah methodology—how to think, speak, and act like a Jew.

With all the current upheaval in a world rapidly changing right before our eyes, the void of true leadership is glaring. But from the Rebbe we learn how to access our own souls, how to access the Torah – thousands of years of history and scholarship – to understand the forces reshaping our geo-political and psycho-spiritual landscapes and to live our lives as leaders ourselves.

The Rebbe’s life also offers all of us two necessary powerful lessons for educating our children and students and inspiring the broader global Jewish community: 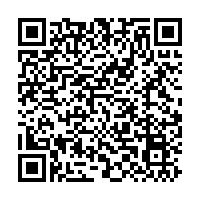