If I were to ask you which mitzvah we should zoom in on in Elul, you would likely answer tshuvah, repentance. You would then reasonably follow up with the task of making a cheshbon hanefesh, a personal accounting to unearth what you need to do tshuvah for. This is certainly a good occupation for Elul. However, I would like to suggest a second very important pursuit for Elul and that is the mitzvah of tzedakah, giving charity. When we chant in unison on Rosh Hashana and Yom Kippur the three ingredients that are recommended to repeal an evil decree, they are tshuvah, tefillah and tzedakah, repentance, prayer and charity.

Now, repentance is the eraser that wipes away sins that cause the prosecutor to prosecute us. Prayer is the intervention wherein we beg for compassion and mercy. After these two obvious steps, of all of the 613 mitzvahs, the one that is most recommended to save us is not Torah study, it’s not Shabbos or any of the other possible mitzvahs we might suggest. Rather, the premier mitzvah for our protection is giving tzedakah. This should come as no surprise since the Gemara teaches us in Masechtas Bava Basra, “Tzedakah tatzil mimaves – Charity saves from death.”

The Medrash relates that on the day that Rabbi Akiva’s daughter got married, she was wearing a rather heavy brooch. In the tropical heat, she found it cumbersome, so she went over to the wall of the wedding hall, took off the brooch and stuck it into a hole in the wall. Later on, when she wanted to put the brooch back on, she pulled it out and to her shock and consternation, a dead venomous rattlesnake emerged along with it. It seems to be that when she put the pin into the wall, it went straight into the snake’s eye and killed it.

She was so shaken that she showed it to her father. That entire day, Rabbi Akiva revealed to her, he had had a premonition that she was going to die during the wedding. He asked her if she had done anything special during the wedding. She told her father that a poor man came to the wedding, and everyone was too busy to assist him so she gave him her portion at her own wedding. Rabbi Akiva informed her that it was this sacrifice and her kindness to this needy person that saved her life. And so, Rabbi Akiva proceeded to go out to the public, relate this story, and declare that charity saves from death.

Tzedakah is unique. We say on Rosh Hashana and Yom Kippur, “Mi b’kitzo umi lo b’kitzo – Who will die in their appointed time and who before their appointed time.” When it comes to someone’s time, there is little that one can do to extend their divinely allotted ration of life. But tzedakah can accomplish even this, for the Gemara in Bava Basra informs us that there was a righteous charity executor (Binyomin HaTzadik) whose life was extended many years because of his many charitable activities.

On Rosh Hashanah and Yom Kippur, our annual livelihood is also determined. And, there is no better way to increase the bounty that we receive from Hashem than with the giving of tzedakah. As the pasuk testifies, “Ki b’glal hadavar hazeh, yivorechechah Hashem Elokecha b’chol maaseh yadecha – For because of this thing (tzedakah), Hashem will bless all of your handiwork.”

There is yet another advantage to charity. As the Mishnah in Pirkei Avos teaches us, marbah tzedakah, marbeh shalom, when one increases their charity, they increase their tranquility. In the way of middah k’neged middah, measure for measure, when we give money to others and ease their domestic stress and anxiety in the process, Hashem showers us with all kinds of harmony and serenity.

Let’s face it. It is not easy to give away our money. We work very hard for it and we have so many things that we want to do with it. May Hashem give us the strength and desire to share our largesse with those who are less fortunate, and in that merit, may Hashem bless us with a New Year of long life, good health, and everything wonderful. 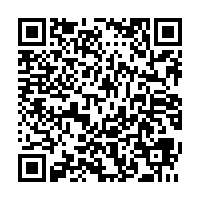