I collect “Box Tops for Education,” to send to my grandchildren. I noticed that some of them are expiring this month, so as I prepared to mail them out to the kids, I smiled, for I recalled that my dear mother, ob”m, used to collect diaper coupons and give them to those who needed then.

One talks endlessly about nature vs. nurture, and one wonders how much is stored in one’s DNA and how much of our behavior is shaped from the cradle.


Mommie (who insisted on spelling the most beautiful word with an “ie” at the end) would have been 100 years old on the second night of Shavuous. One of my children, wondered if Grama (as they referred to her) loved milchigs so much because she was born on this Yom tov!

She always waited until Shavuous to make a Shehechiyanu on cherries, a minhag that my daughter, Rivkie, has instituted, as well, in order to pay tribute to her beloved Grama.

I remember at Rivkie’s l’Chaim, Mommie was uncharacteristically quiet. The next day she told me that she was entering the hospital for tests. She would undergo extensive heart surgery with six weeks to go until Rivkie’s wedding.

The illustrious Mrs. Miriam Lubling, ob”m, the G-d-mother of Bikur Cholim in the greater New York area, attempted to persuade me not to go into the ICU to see Mommie, but I would not be dissuaded. No, it was not a pretty site because Mommie was heavily sedated and hooked-up to many machines, but knowing that she could hear me, I firmly stated to all personnel in attendance: “See this woman. She is going to dance with her granddaughter in six weeks at her wedding.”

And indeed, she danced with Rivkie!

Nothing could deter Mommie from doing what she thought was the right thing to do.

When Mommie was in rahab it was the Shabbos that one benches the Chodesh. My son made the “mistake” of giving Mommie a siddur whose nusach does not include the “Yehi ratzon” paragraph. Mommie was distressed because praying for the welfare of her dear family was the foundation of her belief in HaKodesh Boruch Hu, whom she served everyday of her life in innocence and in purity.

She therefore taught us that: “Hashem sees everything that one does every hour of the day and night. You, therefore, must be honest and straight.” In addition, it was self-understood that in word and in deed, one must present a ponim yafos to one and all.

To wit: greeting neighbors with a “Good morning, have a nice day,” no matter what their color or creed. I have to say that when the recipient of my cheerful greeting looks surprised/grateful, it hurts!

Thanking workers, the cleaner, the super, the UPS person for their service and offering them a cold water bottle, takes but a moment.

Calling one’s parents/grandparents regularly and not only as an erev Shabbos/Yom tov chore to be ticked off because one wants to share the latest news, for although it’s been ten years since Mommie left us, all of us (kids and grandkids alike), rush to the phone to call her still.

Ode Imeinu Chai. I try so hard to bring credit to her name.

Today, I humbly entreat Hashem: we are trying so hard to do the right thing, can HaKodesh Boruch Hu, therefore, please bring the Geula right now?

The cherries are waiting for Mommie’s Shehechiyanu! 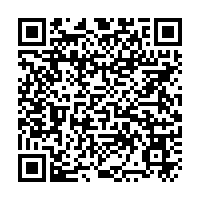