Recently, I was invited by my friends, Michael and Suri Kest, to do a speaking circuit in Los Angeles, California. One of the places I lectured was in the Yeshiva Gedolah of Los Angeles. There, I posed the following question to the wonderful beis hamedrash bocharim. “Why is it that some boys are endowed with a good amount of intelligence and apply themselves diligently to their Torah studies and yet they fail to prosper in their learning?” They don’t feel that they’re growing in the Torah knowledge. I find this same phenomena also among baal habatim who sometimes tell me that they are learning daf yomi for years but don’t feel they get much out of it, while others with equal intelligence thrive and prosper.

I suggested the following explanation to the bocharim and, since I was in California, I gave them a Hollywood-style mashal. Movie makers, especially of the science fiction variety, spend tens of millions on the set, on the backgrounds, on the stars and galaxies, on the spaceships and the celestial weaponry. Today, the engineering of the backdrop of a play or a film is a matter of great ingenuity and art.

Now, let’s look with this eye at the backdrop of the scene for Kabbolos HaTorah. What was the background when Hashem gave the Torah to the Bnei Yisrael at Har Sinai? The Torah describes it as follows choshech/darkness, ashan/smoke, arafel/swirling black clouds, and afeilah/the thickest of darkness. This background is mystifying for we are taught, “Ein ohr ela Torah – There is no light other than Torah.” Indeed, in the very beginning of the Torah it says, “Vayar Elokim es haOhr – And Hashem saw the light,” and the commentary of the Baal HaTurim reveals that words es haOhr is the exact gematria as baTorah/in the Torah. The Medrash teaches us that when Moshe Rabbeinu was born, the whole house filled with light since he was the man of Torah. It therefore begs the question why didn’t Hashem make the backdrop of Matan Torah a shining sun, strobes of gleaming light, perhaps swirling bright angels, and maybe a couple of flashing rainbows. Instead the Torah was accompanied with darkness and smoke and the deepest black. What was that all about?

I actually searched for this question for many, many years. Eventually I found the question in the Tosfos HaRosh on Chumash. The Rosh gives a very fundamental answer. He explains that, in truth, the Torah should have been given amongst great light and much brightness. But, since Hashem knew that shortly after Kabbolos HaTorah we would sin with the golden calf, we therefore didn’t merit the light of the Torah. Instead, the experience was downgraded to darkness and smoke.

This answer, however, screams for interpretation for we have a well-known Talmudic adage: we are only judged ba’asher hu sham, according to what is happening now. Hashem doesn’t punish us for what he knows we are going to do in the future. Although Arafat and the intifadas would descend from Yishmael, Hashem still saved Yishmael when he was burning up with fever because Hashem doesn’t look to the future. If so, there returns the question, why should we be punished for the sin of the golden calf which occurred later and be stripped at Matan Torah of the light of the Torah?

The explanation is that we will not get punished now for future misdeeds, but to get the mesikis HaTorah, the sweetness of the Torah, we must not just learn Torah. We must also behave correctly after we learn. It’s not enough to talk the talk, we must walk the walk. So, if a boy learns in yeshiva but goes home and is full of chutzpah to his parents, or a husband studies the daf and goes home and is abusive to his wife, the Rosh informs us that he is not getting the true light of the Torah.

This is the well-known concept of “Derech eretz kodma LaTorah – Proper behavior precedes successful study of Torah,” and, this is one of the meanings of our national declaration of “Naaseh v’nishmah – We will do and we will listen.” Listening means Torah study because that is when we are listening to the word of Hashem. But, to be able to get the most out of our listening, we have to be a naaseh first, to live correctly and only then will we earn the true light of the Torah.

In the merit of our Torah study and proper behavior, may Hashem bless us with long life, good health, and everything wonderful. 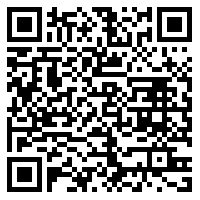