Former Borough Park Assemblyman Dov Hikind and his team at Americans Against Antisemitism have released a 14-page report attempting to answer the question of what happens to hate crime perpetrators once they get arrested and are run through the legal system. Do they serve serious jail time – or any at all?

For all the rhetoric spewed by elected officials, advocacy groups and lobbyists about putting an end to hate crimes in the state, nothing seems to change. Hikind thinks he has found the answer as to why nothing has changed.

“The legislation on hate crimes was intended to focus on, if you assault someone that’s a horrible thing but if you assault someone as a hate crime that’s much more serious. The penalties are much more serious. The hate crimes legislation was to send a message that we are tough with those who hate other people and commit acts of violence. The facts clearly show that there are no consequences. So many cases of hate crimes are reduced to the point where there are no hate crimes anymore after plea bargaining. Many cases simply disappear. It is an absolute farce what’s going on. The politicians talk the talk but they don’t walk the walk. The perpetrators get away with committing crimes of hate and basically nothing happens.”

Hikind puts the blame on the district attorney offices for not prosecuting crimes of hate and instead sweeping the problem under the rug through plea bargains.

“The police department is so discouraged because they see what goes on today but it’s the district attorneys. This report is the story of the tragedy that’s happening here. Victims of hate are not getting their justice and that is unacceptable and inexcusable. Nobody’s rocking the boat,” Hikind said. “The DAs are much happier when things are quiet. How do you deal with a problem, how do you ever solve a problem, if the people creating the problem don’t pay a price? The bad guys know that. The antisemites know that. They know there are no consequences. Nothing is happening. No consequences for hate.”

Hikind says there should be additional groups jumping on his bandwagon and should have been involved years ago.

“The Anti-Defamation League has become famous for issuing reports every year on the incidents of antisemitism. What they are basically doing is getting the reports from the FBI, the NYPD and other police departments and they tell the world the number of incidents of antisemitism,” Hikind said. “Isn’t it remarkable that no one there has thought about following up and finding out what happens to the perpetrators? What happens to the individuals who beat up on Jews and create fear in the community? We know what has happened over the past few years regarding the rates of hate.

We, the Jewish people, are the number one victims of hate crimes. We are such a small group. We’re two percent of the population. Why in G-d’s name has not the ADL, the ones who inform the American people about incidents of antisemitism, why haven’t they followed up? Why haven’t they reported to us what happened to the bad guys, the antisemites? It’s really quite remarkable. We hope the ADL will get involved. Why shouldn’t they deal with this? Tell the public. I can understand possibly why but come on, give me a break.”

Hikind says this is not about Jew-on-Jew crimes. “The facts are there. It’s not our facts. We have video surveillance. We have people who are arrested. We see who they are. We see where they come from,” Hikind noted. “The perpetrators are overwhelmingly from the minority community. The numbers, the percentages, show Black, Hispanic, Muslim [committing these hate crimes on Jews]. The point is there are other minorities committing these attacks. It had nothing to do with white supremacists. The ADL would rather talk about white supremacists than talk about the truth. No one is blaming any community, we’re just saying, how do you solve the problem if you don’t face the problem? Why this hate? Where is it coming from?

The report identified only 118 hate crimes against Jews over a four-year period in the five boroughs of New York City.

“The statistics in the report refer to the number of people arrested. There are hundreds and hundreds of other acts of hate, antisemitism, that are committed on a regular basis when no one is ever arrested,” Hikind said as he defended the report. “The numbers in the report do not cover all those incidents where you’re walking in the street or you’re on a train and comments are made. All of this creates an atmosphere of fear on the part of people. That should not be the case. We’re talking about the group we can identify who were arrested. People who commit hate crimes, most are never arrested. The cases are closed and it’s history. Every single act creates an incredible sense of fear, concern about the future, where people are truly concerned about what’s going to be. Where’s all this going? This kind of vicious, malicious hate.”

Hikind, who is the founder of the Woodmere-based Americans Against Antisemitism, focuses on education as only being a part of the solution.

“If you look at the whole picture, it’s very scary for the Jewish community in particular because very little is done. Many of the acts of hate don’t even get attention anywhere,” Hikind said. “Part of the solution is that those who commit acts of hate should be punished. If you are going to punch someone in the face, if you are filled with hate, as you see in a lot of these cases, they need to pay the price, there needs to be justice and then we’ll educate them as well. We need to be tough. We need to be strong and you have to pay your price when you commit acts of hate.”

In faulting the ADL, Hikind said, “Ever since I can remember, whether it’s the ADL or any other Jewish organization, everyone has been talking about education, education, education, and the reality is we are in worse shape now than ever before. Education is important and it has to be done the right way. There also has to be consequences for acts of hate. If you’re going to beat up on a Jew you need to pay a price. That’s why we have laws with regard to committing acts of hate. As this report clearly indicates there are no consequences. That is the most obvious thing. You never hear about what happened to those perpetrators. When was the last time you heard about the guy who beat a Jew three or four years ago? All those cases that did get attention – what happened to the perpetrator? We don’t hear anything.”

The Jewish Press contacted the Anti-Defamation League of New York and New Jersey for comment and sent them a copy of the report. They refused to comment and never returned phone calls or emails after several attempts seeking an interview. 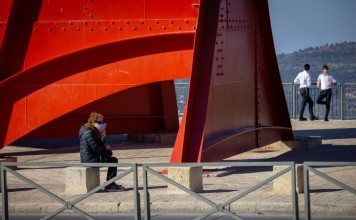 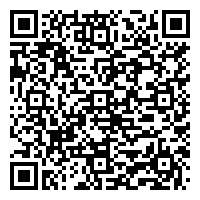