Sidney Wolf, 43, father of two, was killed by an oncoming driver around 2 AM Sunday in the southbound lanes of Route 1 near Anchor Way in Dewey Beach, Delaware after the Lyft driver Wolf and five friends had hired stopped in the left lane and ordered them to exit his car. According to Delaware State Police, the driver of a Corolla changed lanes to avoid the Lyft car and hit Wolf who had just stepped out.

Here’s the initial police report of the event:

On July 24, 2022, at approximately 1:44 AM, the victim and five of his friends hired a “Lyft” driver to pick them up in Dewey Beach and transport them back to their residence in Bethany Beach. As the group was traveling southbound on Coastal Highway all in the same vehicle, a disagreement occurred between the group and the Lyft operator. The Lyft operator terminated the ride and stopped in the middle of the southbound left lane and demanded all six passengers exit the vehicle. At this time, a 2016 Toyota Corolla, operated by a 27-year-old male, was traveling southbound on Coastal Highway in the left lane approaching the stopped Lyft vehicle (possibly a white Honda Pilot). As the operator changed lanes to avoid striking the rear of the Lyft vehicle, he failed to see the pedestrian who had just exited the right rear passenger seat and was standing in the roadway. As a result, the left front of the Corolla struck the pedestrian. After impact, the Corolla immediately pulled over on the southbound shoulder and came to a controlled stop. The Lyft vehicle fled southbound on Coastal Highway immediately after the crash.
The 43-year-old male pedestrian victim of Clarksburg, MD was pronounced deceased at the scene. The other 5 passengers were not injured after exiting the Lyft vehicle.

The roadway was closed for approximately 4 hours while the collision was investigated and the roadway cleared.

The operator of the Lyft vehicle has not been identified yet and remains under investigation.


Lyft issued a statement saying it was “heartbroken by this incident,” the NY Post reported on Tuesday. “Our hearts are with Mr. Wolf’s loved ones during this incredibly difficult time, and we’ve reached out to offer our support. We have permanently removed the driver from the Lyft community and are assisting law enforcement with their investigation.”
Not a minute too soon. What was the argument about? We may find out in the future, but so far the five other passengers prefer to keep their privacy.

Governor Kathy Hochul tweeted on Wednesday: “Saddened by the tragic passing of Sid Wolf. Sid was a trusted colleague to many in the Executive Chamber. I send my deep condolences to Sid’s family and loved ones during this difficult time.”

Former Governor Andrew Cuomo tweeted: “Shocked & saddened to hear this tragic news. Sid was a phenomenal public servant who worked relentlessly for the betterment of all New Yorkers. My heart goes out to Lindsey & his two young daughters.”

The family published the following obituary:

Sidney “Sid” A. Wolf, 43, of Gaithersburg, MD (born in St. Louis, MO). Beloved husband of Lindsey Greenbaum Wolf; adored father of Emerson and Harper; cherished son of Merle (Alan) Freed and the late Robert Wolf; loving son-in-law of Norman and Nadine Greenbaum; beloved grandson of the late Leo and Sarah Wolf, Shirley Errico, and the late Sidney Vegotsky, and the late Shirley and Henry Greenbaum. Sid left us far too soon on July 24, 2022. Sid was a people magnet and was the first to welcome you with a hug; his life force was unmistakable and irresistible. He effortlessly collected friends and treasured family above all. To see him with his daughters was to see love embodied. His sisters, Brooke and Shelby, along with his brothers and sisters-in-law: Brian Wilhelm, John and Erin Musok, and Todd and Stacie Greenbaum, loved to be with their brother and would be found laughing with him whenever he was around. He leaves a big hole for his many loving aunts, uncles, nieces, nephews, cousins, and all who were lucky enough to know him. 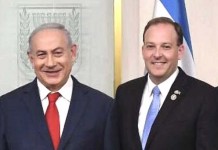 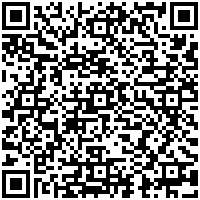