“And his sons Isaac and Ishmael buried him in the cave of the Machpela… (Breishit 25:9)

Rashi comments that we see from this Pasuk that Ishmael repented, as he yielded the precedence to Yaakov.


What was the sin of Ishmael that was rectified and required repentence?

There were 2 groups who denied the lineage of Isaac.

Last week, Rashi spoke of those skeptics who claimed that Avraham and Sara could not possibly be Isaac’s parents, rather they found a baby on their doorstep. A lie, but plausible.

Next week Rashi opens with the illogical claim of the cynics of the generation, the “letzanei hador”: Isaac was Sara’s child, but the father was Avimelech. This contention is absurd, as Avraham fathered Ishmael. It was Sara who was barren.

The Sforno teaches that when the Torah tells us that Ishmael was “metzachek”, it was that he spread the lies of the “letzanei hador” and poked fun of the great feast that Avraham and Sara threw in honor of Yitzchak’s weaning.

The Meshech Chochma points out that the public recognition and acknowledgement by Ishmael, of Isaac as the primary son of Avraham and Sara, corrected the travesty that he promulgated some 70+ years previously.

Today we are confronted by anti Semitism. Some manifestations, while vile, are theoretically plausible. Often they are absurd lies that are so remote from any actual possibility.

One day the perpetrators will repent and denounce their wicked ways and lies. It may be sooner than we think. 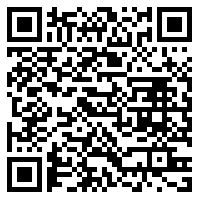