Amiram Goldblum, Hans J. and Tilly Weil Professor of Pharmaceutical Chemistry at the Hebrew University of Jerusalem School of Pharmacy, posted on his Facebook page Thursday that Prime Minister Benjamin Netanyahu, through the services of his devoted fans, is behind the wave of arsons plaguing Israel in recent days.

Goldblum, a co-founding leader of Peace Now, who served as its spokesperson for 20 years, initiated the Settlements Watch project of Peace Now, serves on the board of the international council of the New Israel Fund, and ran for the Knesset on the Meretz list (87th spot) suggested that the fires are Netanyahu’s attempt to divert attention from the submarines purchase scandal which, Goldblum insists, “is the worst scandal since the establishment of the State.”

Using “pure logic,” the otherwise brilliant chemist Goldblum argued that “the main benefactor of the fires across the country is Benjamin Netanyahu whose submarines affair only two days ago was given over to the police for an investigation – and, lo and behold, the arsons started right away! Is there a connection between the two issues? Will the [Netanyahu] investigation be as shallow as the fire investigations be deep? Will Netanyahu supporters be found to have been involved? Will Israel police examine the possibility of nationalistic arsons… by Jews in order to smear the Arabs?”

The post, reported by the website Tziutzim, has been taken down since, but we enclose a screenshot validating the story.

Goldblum is the inventor of an algorithm for solving extremely complex combinatorial problems, known as Iterative Stochastic Elimination (ISE). He is on the board of two Hebrew University science-related companies that are based on his research, Sensotrade and Pepticom. 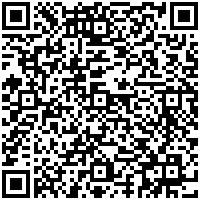