Mitt Romney used the inaugural convention of the Israel American Council (IAC) on Friday to lash out at President Barack Obama for his letter to Iran’s Supreme Leader less than a month before the deadline for a nuclear deal at the end of month.

The letter reportedly beseeched Iran to cooperate with the United States in the war against the Islamic State (ISIS), but the White House denied that there was any suggestion of military cooperation with Iran.


Romney, who has not said one way or the other if he will take another crack at being the Republican party’s candidate to defeat the Democrats in 2016, said he was “stunned” and “speechless” over the fact that President Obama would even suggest at cooperating with a “rogue” state.

He castigated Obama for being “divisive and dictatorial to our friends,” obvious referring to Israel.

Romney charged that the president “continues to diminish himself and America and leads bad people to think America can be pushed around.”

The 2012 GOP presidential candidate roundly tore Obama apart and delighted his audience with repeating a joke he told while campaigning for victorious Republican Senatorial candidate Joni Ernst in Iowa.

“Obama went to the bank to cash a check. He didn’t have his ID. And the teller said, ‘You’ve got to prove who you are.’ And he said, ‘How should I do that?’

“She said, ‘Well, the other day Phil Mickelson came in, he didn’t have his ID. So he set up a little cup on the ground, took a golf ball, putted it right into that cup, so we knew it was Phil Mickelson. We cashed the check.

“And then Andre Agassi came in, and Andre Agassi didn’t have his ID either. He put up a little target on the wall, took a tennis ball and a racket, hit it onto that target time and again. We knew it was Andre Agassi, so we cashed his check.”

Moving on to Obama’s foreign policy, the former Massachusetts governor demeaned it as one that is “weakening our military and distancing us from our allies.”

Romney disagreed with Obama’s approach that “we have common interests” with adversaries, and explained, “This is a battle going on, and you don’t start shedding the members of your team” while fighting. 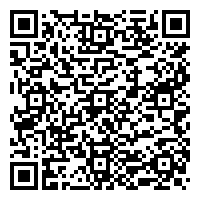