We live in a very chaotic world. If we stop to consider what is happening around us – all the things that are out of our control – it can be frustrating and frightening, so most of us try to bypass these situations by pretending we do not see them.

Undoubtedly there are many matters beyond our control – illness, economic disaster, escalating anti-Semitism masked as anti-Zionism, etc. While in most cases we are unable to control those types of challenges, there are other situations that appear to be inconsequential but nevertheless are irritating – and, with a little effort and consideration, can be avoided. I’ve recently received several letters that fall into this category.

The decibel level of the music at our simchas is too loud! I came home from a wedding with a relative and his wife. The wife complained that she got a headache from the loud music. Once I went to a chassunah and found it impossible to talk to anyone. Therefore we went into the lobby to talk. Everything was fine until a man opened one of the double doors of the men’s section and the music blasted into the lobby.

Young mothers bring babies or young children to thesesimchas – some of the children can’t even talk. The child might be crying because of the loud music and he can’t tell mommy the music is hurting his ears. Other people, such as our mothers and grandmothers, don’t dance but want to socialize at these simchas. How can they talk to anyone with the music blasting in their ears?

How about the people who serve the food and clean up at these simchas? They are working and being subjected to the loud music regularly.

There is a way to lower the decibel level of the music. My son spoke to the person who will play at his chassunah, which will take place soon. If that person can do it, anyone can!

A mother and grandmother

Approximately two months ago, my wife and I had the zechus, the merit, of celebrating the wedding of our daughter. This was the first time we made a wedding. We were so happy and went all out to make the occasion as special as possible. We drew up our wedding list but, to our regret, had to cut many people we would have liked to invite. Our machatonim – in-laws – have a very large family. The young couple has many friends, so were we forced to rewrite our guest list several times. But with all the cutting, we ended up sending out 350 invitations, with 300 responding affirmatively. We had to stretch our budget since we never realized how even a simple wedding could be so expensive. However, we went ahead because we did not want to hurt anyone.

Well, you can imagine our shock and disappointment when, after the chuppah, a large number of guests for whom we had made reservations left. During the course of the celebration, my wife and I, along with the young couple, visited every table. To our dismay, we found most of the tables half-empty. People who had replied that they would attend went home after the chuppah. Now, no one likes to sit at an empty table and the guests who remained felt alone and isolated, and my wife and I felt we had been taken advantage of. We had a huge bill that was thrown-out money.

After much discussion, my wife and I decided we had to try to do something and decided to write to you in the hope you would bring this to the attention of your readers so that people would think twice before they check off “yes” on their response cards.

Before I conclude, I would like to call your attention to yet another irritant – people who do not respond to an invitation. You have to call them up to ask if they are planning to attend. I find such behavior unconscionable, and, believe me, we had many such people.

In conclusion, there is much grief in this world, so if, Baruch Hashem, we have a simcha, why should it be marred by lack of consideration and mentschlechkeit? 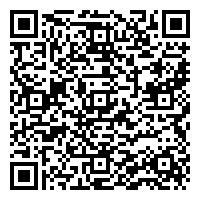