By now, many are aware of the tough anti-Israel situations on college campuses. Colleges and universities in California and Canada have earned themselves especially notorious reputations. But what is happening along the East Coast? I’ve been speaking to far too many people who are comfortably numb because they “just don’t feel or see it.” Reality check: The wind is blowing the wrong way on the eastern front, too.

At Columbia University last month, Students for Justice in Palestine (SJP) tabled and railed against Israeli checkpoints, portraying Israel as a discriminatory aggressor state and conveniently omitting the point that Israeli checkpoints are security measures against Arab-driven terrorism. “SJP had a mock checkpoint where they bound, hit, blindfolded, and taped the mouths of ‘Palestinians.’ It was a new attack on the ‘inhumane’ state of Israel,” said Avi D. Gordon, StandWithUs’s East Coast campus coordinator. “These occurrences were usually saved for West Coast schools such as UC Berkley and Irvine, but now this dramatic rhetoric has shifted east and can be seen all over campuses. A little more than a month ago, University of Pittsburgh’s SJP had a die-in where ‘soldiers’ shoot ‘Palestinians’ and they lay dead on a main street.” Anti-Israel activism at Columbia goes beyond this one incident. Eric Schorr, vice president of Columbia’s pro-Israel committee called LionPAC, said there is “always [anti-Israel activism] in the classroom and on campus, with Israel Apartheid Week.”

The Palestinian Club at Brooklyn College also staged dramatic checkpoint propaganda, just days before Columbia. “Anti-Israel activities at Brooklyn College have become increasingly more frequent, and more dramatic than ever before on campus. The barely one-year-old Palestinian Club has already disturbed many Zionist and Jewish students by creating events solely to delegitimize Israel,” said Batya Reyz, a pro-Israel student activist. “A few weeks ago they had large signs that said ‘checkpoints,’ with members of the Palestinian Club crouched down with their hands tied behind their backs, playing the part of oppressed victims. When students stopped to observe the table, members of the Palestinian Club took the opportunity to ‘educate’ them on what’s happening in the Middle East and Israel.”

At NYU, Rebecca Kadosh noted that, “Pro-Israel students on NYU’s campus are starting to realize just how well-organized and very close anti-Israel activism is. We’ve seen the manipulation of coalitions, with NYU’s pro-Palestinian faction linking up with students across Manhattan, from the New School to Columbia. We need to be just as united in our response.” Binghamton University is having its share, too. Tamar Skolnick, vice president of Bearcats for Israel, said, “Binghamton has had some anti-Israel activity, such as when former congresswoman Cynthia McKinney spoke against Israel while prohibiting Bearcats for Israel to distribute Israel facts outside of the auditorium in which she was speaking – and more recently, tearing down BlueStar Israel posters.”

These are just a few examples proving that East Coast campuses are not being spared from the anti-Israel onslaught. Fortunately, the situation is not as dark and dirty as on the West Coast or in Canada. This translates into one thing: It is prime time for East Coasters to double their efforts to educate fellow students and communities about Israel – before the situation worsens.

So how does anyone build on the moment and make a difference in clearing the air about Israel? Natalie Menaged, national director of Hasbara Fellowships, emphasizes that “the best tactic for preventing this sort of situation is a strong offense that includes building and maintaining key relationships and spreading meaningful messages about Israel.” She adds, “Students, campus professionals, and concerned community members can take proactive measures for Israel, such as educating and engaging the campus community on Israel’s efforts for peace, and the historic lack of a peace partner for Israel, and Israel’s democratic nature. There is a variety of print material, lecturers, talking points, and programming ideas available about these topics, produced by Hasbara and other Israel advocacy organizations.

“Through educating their peers, forming relationships and coalitions with other student groups, engaging the campus media, and conducting quality programming, pro-Israel students can establish a solid base of support over time. This is of primary importance, as the most important goal is to positively engage people about Israel.”

Schorr, from Columbia, highlights the importance of community mobilization to help students on campuses. “LionPAC, along with our fellow Hillel groups, helped coordinate an incredibly successful and positive response to this [SJP checkpoint] farce of a demonstration,” he said. “We mobilized our own students, as well as those around the city from multiple universities, and promoted a theme of discussion and debate grounded in factual information and the true reality of the situation with checkpoints.”

Some, however, are ready for a more direct pro-Israel approach. “With anti-Israel activities on the rise, many pro-Israel students, myself among them, feel that it’s time to take student activism and advocacy to a whole new level,” said Brooklyn College’s Reyz. NYU’s Kadosh urged that, “We need to foster strong and knowledgeable leaders from the Jewish community. This is not a time for passive activism.”

David Kadosh, ZOA’s East Coast campus coordinator, voices similar frustrations. “There’s a disconnect when responding to anti-Israel activism. Israel groups on campus, especially those linked to Hillel, are trying not to be confrontational or explicitly pro-Israel, whereas anti-Israel activists are going at it with as much shock factor as possible,” he said. “Pro-Palestinian students are creating politicized events against Israel, and Israel supporters are meeting it with fluff, not responding with meaningful pro-Israel messages and missing the opportunity because they are scared of a backlash. They are scared to take a stronger stand, but could fluff events match, for example, Norman Finkelstein coming to campus?”

Kadosh also points out the need for “some kind of a support network where students send out an action alert that is broadcasted to other schools, organizations and communities, so people could come out in support. Columbia is one of the few schools who have the resources, and was able to mobilize many people during the mock checkpoint. But what if this happens at a small school like Kingsborough [Community College]? Students need to know that they can send an alert to one active person who can notify and rally many others. Community support is essential. What happens when Finkelstein gets 300 anti-Israel demonstrators, and a pro-Israel event gets 30 people? This sends a strong message to the school.”

While anti-Israel activism is intensifying on campuses, the Jewish student bodies and communities are still in the developing stages. There is an urgent need to reach out to pro-Israel supporters, build up the support network, and get active in meaningful ways. It is critical to go beyond emotional support of Israel and have the facts and messages to communicate while tabling on campus, writing about Israel in the campus newspaper, or engaging fellow students in conversation.

Make sure you know the facts. A good way to start is with JerusalemOnlineU.com’s Israel Inside/Out online course. And be sure to reach out to excellent pro-active groups like the ZOA, Hasbara, Hagshama, and StandWithUs. The resources exist; it is up to each Jewish student on campus to make a difference. Don’t let the East Coast deteriorate to an anti-Israel frenzy zone. 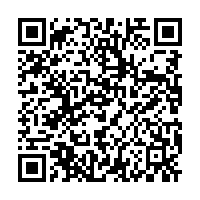