* * * * * Readers continue to respond to the letter I published three weeks ago from a young man (“Working Boy”) who complained about his difficulties finding a good shidduch because, rather than learning full time, he was working and learning simultaneously.

Last week I shared a letter from the mother-in-law of a learner who wrote that she and her husband had experienced serious business reversals and were no longer in a position to support their married children. She expressed concern for the many young couples who are dependent upon parental support. She wrote that given the uncertain economic climate, many such couples might overnight find themselves in crisis. She suggested that we re-examine the learning lifestyle. The following response to her letter comes from a former full-time learner:

As a former kollel person who, Baruch Hashem, was zocheh to dedicate five years to learning after marriage, I was somewhat puzzled by the letter from the mother-in-law of a married full-time learner living in Yerushalayim. Frankly, I do not know why she is so worried.

By her own admission, when she informed her daughter and son-in-law that they could no longer depend on parental support because of serious financial setbacks, the young couple accepted this new reality with equanimity. They did not complain; they did not fall apart. Rather, they rose to the challenge and found a way to maintain their priorities.

She wrote that while her daughter, the mother of three with a fourth on the way, could not take a job because childcare expenses would not make it viable, she nevertheless started a small business from her apartment. Additionally, her son-in-law took on tutoring jobs and was applying for a position as a rebbi in a yeshiva. Admittedly, the young couple is struggling. It’s not easy for them to support their growing family, but when push came to shove they willingly sacrificed in order to continue their regimen of Torah study. They empathized with the parents’ predicament and appeared to be content with their lot.

Just the same, this mother-in-law writes that she is worried about the future of her children and grandchildren.

Well, perhaps she should take a good look at her own situation, and if she does, she will quickly conclude that there are no guarantees in life. Very recently her husband was an affluent businessman, and overnight his fortunes were reversed. It seems like only yesterday that he was able to give generous donations and spend money without much thought, but today he has difficulty paying yeshiva tuitions and summer camp fees for his younger children still living at home.

On the other hand, one who commits his life to Torah has a possession no one will ever be able to take away. It is a treasure that can never be lost, and that is the asset the daughter and son-in-law of this woman are privileged to have.

If she wishes to register concern, let her worry about couples who are not as resourceful as her daughter and son-in-law. I know of many such couples who are struggling to put bread on the table and whose shalom bayis is destroyed simply because they lack the wherewithal to support their families.

kollelim (if they receive anything at all).Unfortunately, they are not equipped to take on jobs – they have no training and their wives are already overloaded caring for their large families and are incapable of taking on any additional responsibilities.

We in the Orthodox community have a responsibility toward them. Perhaps it is time to re-examine the entire program. Undoubtedly, long-term learning is not for everyone. Yes, there are those who should stay in learning, who have the potential to become pillars of Torah, but then there are others that would be better served by being gainfully employed while designating time for Torah study.

As I indicated, I spent the early years of my marriage learning. They were the most amazing, fruitful years of my life, and I would not exchange them for anything. But as our family grew, I realized it was my responsibility to earn a living and that I had to leave the study halls of the yeshiva. But those years of study never left me. No matter how stressed I may be in business, I find the time to be kovea itim – to study – and my family knows that time is sacrosanct and cannot be violated.

I have no easy solutions, but while we have to accept that not everyone is suited for kollel life, those who are should be supported even if they are not as enterprising as the children of the woman who sent you that letter. 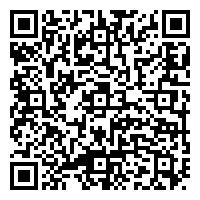