Prime Minister Benjamin Netanyahu is set to leave for a brief visit to Azerbaijan next Tuesday, and then heads to Kazakhstan for a two-day visit, the first ever in that country by an Israeli prime minister.

The timing is not coincidental: two weeks later, Kazakhstan takes up its two-year rotating membership seat on the United Nation Security Council.


Both Azerbaijan and Kazakhstan are Muslim-majority nations, with the latter nearly always voting against Israel when it comes to the United Nations and other international arenas.

A former satellite of the USSR, Israeli foreign ministry officials have told JewishPress.com that Kazakhstan’s behavior – and that of nations in similar situations — is explained by simple economic survival. Russia, a close neighbor, almost always votes against Israel, as do the countries from the Organization of Islamic Cooperation, of which Kazakhstan is a member.

But another part of the reason for Netanyahu’s visit is to build a “strategic partnership,” according to Israeli envoy to Kazakhstan, Michael Brodsky.

Brodsky wrote in The Astana Times on Wednesday that “Israel’s counterterrorism experience and training have always been of great value for Kazakhstan and other post-Soviet countries, but following a series of terrorist attacks in different Kazakh cities over the last year, the importance of closer cooperation in this field is now more evident than ever…”

The country is “struggling to prevent infiltration of extremists from neighboring Afghanistan,” he added. Kazakhstan is particularly concerned about home-grown terrorism taking root upon the return of several hundred nationals who had earlier traveled abroad to join the Da’esh (ISIS) terrorist organization in Syria. Kazakhistan is hoping to learn from Israel’s experience. 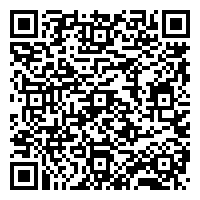