Special Note: In last week’s column, I published two letters expressing concern at the sight of parents dumping their children on caretakers so that they might better enjoy their Pesach vacation. The first letter described the scene in a luxury hotel where children were left in the care of illiterate maids (whom the guests had brought along with them), and the second described couples returning to their parental home for Yom Tov and palming their children off on their parents or siblings so that they might be free to socialize. The following is my response:

I have chosen to publish your letters because I believe that unwittingly, you have touched upon a very troubling issue in our community – the absence of derech eretz – respect, and hakoras hatov – gratitude, evidenced by many children nowadays. While there are many contributing factors for this, one of them is surely a lack of proper role models at home.

As I write these lines, we are in Parshas Emor, and I have always maintained that if you are seeking a solution to a problem, the best place to search is in the Portion of the Week. The opening passage in Parshas Emor instructs the Kohanim in the manner in which they should educate the young, and the word “emor” – “say,” (“Emor V’amarta”) is repeated in the first verse.

Since there is no redundancy in the Torah and every word, every letter, is laden with meaning, our Sages explain that the Torah repeats the word “say” in order to instruct us in effective parenting. If we are to impact positively on our children, they have to see that that which we say is also reflected by our deeds. The most powerful lesson that we can impart is to be positive role models to our children; if that is lacking, all our preachings and all the money we spend on tutorials will be of no avail. Therefore, the question that parents should ask themselves is, “What lessons are we imparting to our children when we leave them in the care of maids?” These parents might of course argue that we are discussing toddlers, little ones, and surely they are not ready for lessons, but education commences at the inception of life. If children are to thrive, the milk on which they must be nurtured is total parental love and dedication.

When parents are vacationing and are free of their daily burdens, one would imagine that they
would want to use their leisure time to enjoy their children, but if they opt to abandon them to maids, they send a different type of message. For parents who value Torah, this message is further aggravated by the fact that the maids in whose charge these children are placed are immodestly dressed, speak little or no English, have crosses dangling from their necks, and are incapable of reminding a child of basic mitzvos such as making a bracha.

Before continuing on this subject, however, I would like to caution our readers not to misinterpret my words. I am all in favor of a woman having help – but it’s one thing to have cleaning help, and quite another to entrust strangers with raising our children.

The scene of the second letter writer was not a hotel, but the home of grandparents, and it was not maids who were placed in charge of the children, but family members. Therefore, at first glance, that scenario may appear quite acceptable, but upon closer scrutiny many other negative factors emerged. The grandparents and the younger sibling who were asked to baby sit were thoroughly exhausted, not only from the pre-Pesach preparations, but from the never-ending serving of meals and constant cleaning.

For a visiting daughter or daughter-in-law to be oblivious to all this, to go out and socialize with her old friends while leaving her children behind, shows insensitivity and a lack of concern for the grandparents and other family members.

Again, no one should misunderstand. It is wonderful to come home for Yom Tov, for the family to be united, but the goal of such a homecoming is to bring nachas – joy to grandparents, not to tax their strength and patience. While it may be okay to ask an unmarried sister to babysit on occasion, it is not okay to foist that responsibility on her throughout the entire Yom Tov. As our letter writer indicated, having just returned from seminary in Jerusalem, she too would have liked to be free to see her friends and perhaps more importantly, she would have liked to help her mother, but was unable to do so because she was busy with the little ones.

It is therefore not surprising that very often, children from such backgrounds grow up selfish and demanding, and lack the basics of gratitude and derech eretz (respect) Parents, of course, might fault the lack of chinuch in school and the negative influence of peers. While all of these factors play a role, the principal cause is the absence of parental role models.

For children to grow up loyal, devoted, and committed, they must have parents who are loyal,
devoted and committed. The experience of being raised in such a home can never be erased from minds or hearts. It is that which kept Yosef HaTzadik anchored throughout his painful years in Egypt. D’yukno shel aviv – the image of his father Jacob, never departed from his heart or mind. That image was so powerful that it enabled him to withstand the loneliness, enticements and tortures of Egypt.

Children growing up in loving homes can understand that there are times when parents have to
resort to babysitters because they have to earn a livelihood. Such children feel a sense of responsibility toward the klal – community, and feel a responsibility to give back. But what understanding can they glean when they see their parents go off to play while they are left in the care of maids? While on vacation, mothers do not have to cook, clean or shop; fathers do not have to work – what better opportunity to spend time with the children? Shouldn’t fathers, who under normal circumstances have little time, be delighted to spend these Yom Tov days with their children? Vacations provide a wonderful learning opportunity and meaningful, lasting memories.

When our children and grandchildren were small, my husband, HaRav Meshulem HaLevi
Jungreis, zt’l, would take them on walks. He would show them how to feed the birds and the ducks. Sometimes he took them no further than our own backyard, where he taught them to savor the smell of the flowers and dig in the earth to explore G-d’s treasures. Those years have long passed. My children are parents now, and my grandchildren, Baruch HaShem, are grown, but those early years with Abba Zeide are etched on their souls and will never be forgotten.

Vacations provide a wonderful opportunity for families to grow, to bond, and to take pleasure in each other’s company. When couples have the zchus – privilege of returning to their parental home for Yom Tov, then shouldn’t their little ones see mommy and daddy helping bubbie and zeide and showing respect? Shouldn’t these couples devote this time to their family instead of running around and socializing?

To be sure, it’s nice to catch up with old friends, but at what price? The young single sister who was left to babysit should have been free to help her mother and make her own social contacts, for as she indicated, she is in the singles parsha and those contacts are important for her. Finally, aside from all this are the lasting impressions that parents make on their children which they must take into consideration.

When children see that their parents have mesirus nefesh – total commitment and heartfelt
devotion toward them, then they too will respond in kind. True, even in the best of homes children sometimes rebel, but if they have loving underpinnings, then eventually they will come home, for the image of devoted parents leaves an indelible mark on the soul, and that can never be erased. 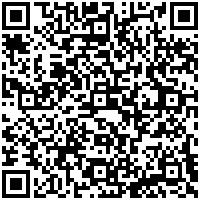