They say that one mother can take care of five children, but five children cannot take care of one mother. One of the most challenging situations, and perhaps the most unnatural, is when children need to take care of aging or infirm parents. Why is this so difficult and why do so many of us fail at caring for our parents when they need us most?

As I put pen to paper, it is my father’s yahrzeit and I contemplate my continued responsibility to act on his behalf, to learn and do chesed to uplift his neshama. With Hashem’s help, these words should be an aliya for the neshama of Rav Yekusiel ben Dovid. I often think of how I am unable to fulfill the amazing mitzvah of kibbud Av, and I regret not doing more while I had the opportunity. When my father was niftar, a rav told me that I still have the opportunity to honor my father by respecting my mother, since that would be his wish. Additionally one can continue to show respect by doing good deeds and learning Torah in a parent’s memory. Chazal tell us that children are the feet of their parents in Heaven, and when the children grow in Torah their parents grow as well.


Over the years, I have encountered many men and women who have deep regret at not having shown respect for their parents during their lifetimes or for not having taken care of their needs during their final years. At a levaya of a parent we request mechila, forgiveness, in two different ways. We ask forgiveness for anything we may have done while they were alive and did not properly atone for. These are sins of commission that all children do, but most don’t get the opportunity to properly atone for. The harder form of mechila is for sins of omission, requesting forgiveness for all the things we should have done, but either did not get the chance to or did not do because of our skewed priorities. If the Torah places such importance on our respect for and fear of our parents, again I must wonder why it is such a hard mitzvah to fulfill properly? Besides for the reward of a long life for those who fulfill the mitzvah, it clearly seems to be the logical and correct thing to do.

The Gemara in Sanhedrin tells us that parents will give up anything for their children. “A man can be jealous of anyone, except for his child or student” (Sanhedrin 105b). The theory is that giving to a child is in essence giving to oneself as children are extensions of ourselves. Giving to a child is natural. I was once famished and about to eat a slice of pizza. My children came home from school and eyed my small feast. When they asked for some pizza, I told them that their mother had made them a delicious supper and it was waiting for them in the kitchen. I was hoping to divert their attention for long enough to enable me to eat the pizza. When they predictably responded that they still wanted my pizza, I allowed them to take some… until there was none left for me. At that moment, I was happier making my children happy than I would have been had I eaten the pizza myself, and I realized that I love my children more than they could ever love me. I asked myself–if a parent loves a child so much and gives a child so much, then why isn’t it natural for the feelings to be equally reciprocated?

Chazal tell us that the way we treat our parents is the way our children will treat us. They relate a parable of a man whose elderly father lives with him. The father slurps loudly and makes a mess when he eats, so the son makes a large wooden bowl and spoon for his father to use and has him eat in the kitchen. After many months, the adult son sees his own son carving something out of wood and asks what he was making. His young child responds that he is making a bowl and spoon so his own father would have something from which to eat when he aged.

Chaya Mink-Benchemhoun: Be The Reason Someone Smiles Today-The Power of a Mitzvah 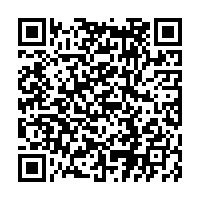