In Part I, we discussed how misunderstandings trigger anger and how different people can see the same trigger differently. I wondered if we could identity a common denominator in most disagreements and if so, was it possible we could eliminate teen aggression, couple aggression and arguments between friends, family and peers? Is there a way to bring about fewer altercations, better family unity and understanding between people with less arguments and fighting?

What is your definition of an opinion? Before reading ahead, think for a moment. An opinion is a personal perspective, feeling, belief or desire. A person can try to support that opinion, however, they may base it on unsubstantiated information, in contrast to fact-based beliefs. A fact is something that has really occurred or is actually the case. The usual test for a statement of fact is verifiability; that is, whether it can be shown to correspond to experience. In other words, a fact is something that can be proven true while an opinion is someone’s feelings about a particular topic.

Opinions are usually very personal. It is based on what I think. That is, my opinion is based on my understanding or misunderstanding, assessment or analysis of a situation. Inasmuch as an argument uses evidence, facts, statistics, testimonials, etc. to persuade the listener, an opinion is a personal response using logic and personal experience and background.

Why is it that people interpret what they hear from others as a personal attack rather than the other person’s opinion? I think its because we have a tendency to be set in our beliefs. We want to believe what we believe, so we take things personally. One easy way to see this in action is to watch when people discuss either religion or politics. People have a difficult time when others disagree with their religious or political opinions because they feel they are “right” and, therefore, the other person must be “wrong.” If I’m right you must be wrong. If you don’t agree with me, then you are challenging my “rightness.” This is just a microcosm of the bigger picture.

The question is: Why can’t we accept another person’s opinions without feeling as if they are challenging us? On a subconscious level, most people really want others to be like themselves, think the way they think and believe what they believe. Of course, most of us will deny this, but through studies and observations it has become clear that this is very often the case. Each of us has an unconscious need to be right. Therefore, too many of us can’t handle daily challenges because we interpret them as personal attacks.

Once a person interprets a situation as a personal slight, he automatically tries to “defend” himself and that leads to a disagreement, argument and fight. This is the beginning of conflicts, family feuds and disagreements of various degrees.

The natural response to a challenge or angry response is what I call the “anger circle.” That is, anger is so contagious that if one senses that another person is angry with them, the natural reaction is for them to get angry with that person. Look around and observe this for yourself. Watch how anger leads to more anger. For example: A teenager is late coming home for curfew; his mother is waiting at the door. She is upset and angry because he is late again. When the teen comes in the door, how does he react to that anger – he gets angry. Why? She didn’t do anything to him. The answer is simple: anger is contagious. In fact, when the son gets angry all that happens is that the situation escalates.

Lately I have been challenging some of my anger management clients with the following statement: “There is no such thing as emotions.” Of course, when I say this they think their therapist has finally lost it. Their comments are usually along the lines of, “What do you mean there is no such thing as emotions!! My anger, my depression, my love, my anxiety! Ed, are you crazy. Of course there are emotions!” At that point I ask them to let me finish my sentence, “there is no such thing as emotions – without thoughts.” This is a critical statement, one that must be fully understood. All emotions are derived from the brain, from our interpretation of events, comments or situations. For example, if someone tells you that you are the most special person in the world, that they love you dearly, their life would not be the same without you, how would that make you feel? Most of us would feel cared for, appreciated, happy and so forth. However, if those same words of flattery were in a language you did not understand, you would not have those same wonderful feelings. In fact, you would probably have no feeling whatsoever. That is because the brain must translate, analyze and process what was said into thought and then the feelings come from that. This is a basic example of “there is no such thing as emotions – without thought.” Our thoughts lead to our feeling, which, by the way, lead to our actions and behaviours. 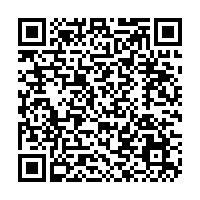