Sometimes a task seems too difficult, daunting, or incongruent with our personality that we elect to be passive. We may garner some motivation for action from phrases such as “Fake it till you make it” but still feel resistant because we feel inauthentic or disingenuous to make it by faking it.

In her bestselling book Presence: Bringing your Boldest Self to your Biggest Challenges, social psychologist Amy Cuddy encourages us to adapt the phrase “Take it till you make it,” converting it into “Fake it till you become it.” She makes her case for this subtle, yet significant, difference based on her research on body posture. When people change and “fake” their body posture from reflecting being closed off and timid to an open, power posture (think a Superman pose), they feel more confident and are more willing to act courageously.


Even their body chemistry changes. Their cortisol (the stress hormone) decreases and their testosterone (the assertiveness hormone) increases. “Faking” their body posture doesn’t just help them succeed; it actually changes their personality until they “become” it.

As Bnei Yisrael prepare to leave Egypt, they are given many laws related to the Korban Pesach, one of which is that it is forbidden to break the bones of the sacrifice. Commentators struggle to explain why. Ralbag suggests that there is no deep significance to this mitzvah: it is just another example of something we do differently on Pesach night so that children will ask why this night is different from other nights.

Rabbi David Zvi Hoffmann, though, offers a different interpretation based on both the historical context and the thematic context of the verse. The verse begins with a command that the sacrifice be eaten within one house and concludes with a prohibition against breaking its bones. Rabbi Hoffmann argues that during regular, non-Pesach meals, people customarily broke off part of the animal and sent it to a friend’s house so they could partake as well. Since sending the food out of the house is prohibited for the Korban Pesach, the Torah explicitly prohibits even breaking a bone to prevent someone from sending it to someone else’s house.

However, other commentators argue that there is a deeper significance to not breaking the bones. Some suggest that not breaking the bones reflects a rushed mentality that was essential for leaving Egypt. People in a rush don’t have time to break a bone and suck out the marrow. They quickly eat the meat and throw away the bone (see Rashbam and Bechor Shor).

Others see a character flaw within the act of breaking a bone. It can be seen as gluttonous and excessive to break a bone to suck out the marrow, which reflects poorly on the eater, is degrading to the honor befitting of the sacrifice (see Ralbag), and calls into question the validity of the sacrifice, which needs to be eaten when one is full (see Chizkuni).

It is within the context of this mitzvah that the Sefer HaChinuch presents his famous thesis that our personality is influenced by our actions (“acharei ha’peulot nimshachim ha’levavot”). Preempting his son’s question as to why the Torah would provide so many laws related to the Exodus, the Sefer HaChinuch explains that the purpose of this mitzvah, and mitzvot in general, is to provide us with actions that inculcate character.

By not breaking the bones, we are demonstrating our break from slavery and our new existence of freedom. It is not proper, he argues, for people of stature to break bones while eating. Therefore, when exiting servitude, Bnei Yisrael are called upon to act like royalty, even if they don’t feel like royalty yet. They – and by extension, we – are encouraged to not just fake it till we make it, but fake it till we become it. 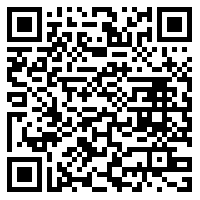