Be true to yourself. That is, unless your self is mean-spirited, obnoxious, and insufferable. Then be someone else.

Being authentic is generally viewed as a valuable trait. Knowing your thoughts, emotions, beliefs, and values, and then acting and interacting with the world based on them, is a core principle behind several psychotherapeutic frameworks. Recent research has demonstrated that higher levels of authenticity are associated with increased general well-being and can improve personal relationships and overall job satisfaction.

While on the surface, Parshat Terumah outlines the measurements of the different components of the Mishkan, the commentators see in them hidden symbolism relating to personal growth. The ark was to be covered with pure gold: “From within and from without you shall cover it” (Shemot 25:11). The Talmud (Yoma 72b) relates in the name of Rava that we learn from this verse the importance of authenticity: “Any Torah scholar whose inside is not like his outside (tocho ke’varo) is not to be considered a Torah scholar.”

Yet, as Rabbi Norman Lamm contends, this maxim does not present a full picture. There are embedded differences between how we behave inwardly and outwardly. Concepts such as marit ayin enjoin us to be “inauthentic” and to put on a show for the outside, even when we know there is nothing inherently wrong with our actions.

Violating Shabbat or profaning G-d’s name is markedly more serious when done in public than in private. So how precisely are we to understand the value of having our insides reflect our outsides?

Another limitation to consider when aspiring to authenticity is whether there actually is a stable and unified self that one can express in all situations. While this concept has been hotly debated within philosophy and psychology and will likely remain unresolved, there is one particular application of this discussion related to the vessels of the Mishkan that’s worth reflecting on.

Rabbi Yitzchak Zilberstein quotes his father-in-law, Rabbi Yosef Shalom Elyashiv, who noted that a Torah scholar is compared to the menorah in addition to being comapred to the ark. He suggests that each of these vessels represents a different part of the scholar’s personality and responsibility. The ark – which is hidden – represents the private and introverted side of his nature, yearning for study, meditation, and introspection. The menorah, on the other hand, symbolizes the need to shine for others – i.e., the importance of interacting with and influencing others.

While there are several important lessons to glean from this insight, the one that relates to authenticity is that it’s normal, healthy, and warranted to manifest different – even seemingly conflicting – parts of our personalities depending on the setting.

In sum, while authenticity is a worthwhile trait to aspire to, it has its limitations. Primarily, it is not an excuse to behave inappropriately. It is better to be inauthentic than to be cruel. Authenticity also doesn’t mean there is only one set and stable way to think, feel, and behave across all situations. Different parts of our personalities can express themselves in varied circumstances.

May we merit having authentically “clean and compassionate” insides and outsides. 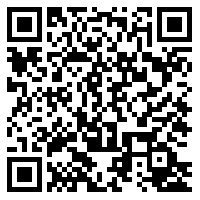