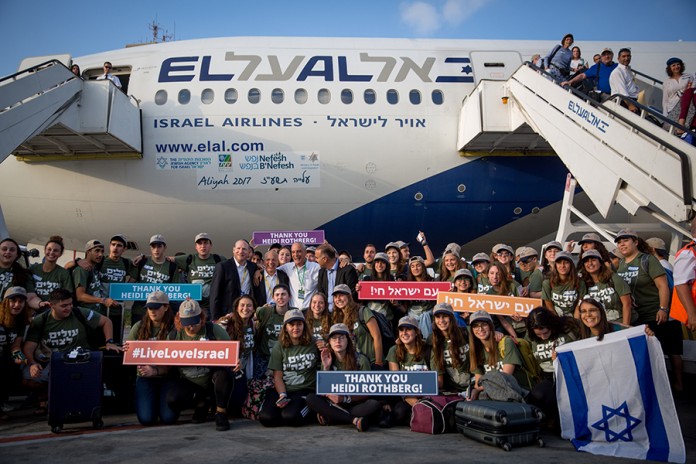 In the Torah portion of Eikev, we read what is included as the second paragraph of the daily recitation of Shema, “V’haya im shamo’ah.” There, Almighty G-d warns us of the consequences of not adhering to the words of the Torah. The Torah states: “Beware for yourselves, lest your hearts be seduced and you turn astray and serve gods of others and prostrate yourselves to them. Then the wrath of Hashem will blaze against you; He will restrain the heaven so there will be no rain, and the ground will not yield its produce; and you will be swiftly banished from the goodly land that Hashem gives you. You shall place these words of Mine upon your heart and upon your soul; you shall bind them for a sign upon your arm and let them be an ornament between your eyes.”

On the words “You should place these words of Mine upon your heart,” Rashi comments: “Even after you are exiled, still perform mitzvot, don tefillin, [and] make mezuzot, in order that these mitzvot not be new in your eyes when you return to Israel.”

During the siege of Jerusalem, when the Roman Emperor Vespasian offered Rabbi Yochanan Ben Zakai anything he wanted, Rabbi Yochanan said, “Give me Yavne and its wise sages.” Until his dying day, he was not sure whether his choice of Torah over Jerusalem was correct. In essence Rabbi Yochanan separated Torah from Eretz Yisrael for he knew that for the Jew to survive without a land in the Diaspora he must have the Torah. However in his “heart of hearts,” he also knew that when the time would arrive that we would have control over the land, Jews would realize that without the combination of Israel and Torah, Judaism cannot flourish. It is this connection to our land that ultimately sustains the Jewish people and will bring Mashiach.

Most Jews realize the importance of living in Israel and to a great extent yearn for the time that they can realize the fruition of their dreams. We excuse our lack of action because of our economic concerns and that such a move would compromise our ability to provide for our families appropriately. This indeed is the heter, the exemption, given to people for not living in the land of Israel.

However, recent economic and moral realities in the United Sates have made the prospect of going on aliyah a more viable option, certainly one to think about and toward which to give serious consideration. Besides organizations such as Nefesh B’Nefesh which are providing generous incentives for people to make aliyah, and besides the reliance on computer-based businesses that allow a person to work anywhere in the world and earn the same amount of money, there are certain additional developments that are an even more compelling reason, especially for young couples, to think seriously of making the leap and moving to Israel.

Today, tuition in the United States for a child to attend yeshiva or day school has skyrocketed. High school tuitions are escalating even more. People who are earning over $100,000 per year and have four children enrolled in day schools or high schools are on the poverty lines, spending as much as 40-50% of their salaries on Jewish education, and in addition, having to undergo the humiliating experience of appearing before a school committee to beg for financial assistance.

If we add to this scenario the fact that medical insurance in America is going through the roof and that a family must pay huge amounts of money for decent coverage, moving to Israel becomes more of an incentive.

In Israel, education is essentially free, especially for a new oleh, and medical coverage cost pennies compared to in the United States. Olim can secure the best medical insurance plus private medical care for a fraction of the cost when compared to what they could afford in the U.S. Though they might be earning less money in Israel, in actuality they don’t need as much to live on, yet can provide excellent opportunities for their families.

One must also take into account that the moral and ethical United States that we once knew growing up is no longer. Today in the U.S. we are faced with a society that has gone mad – where morals and values have been thrown out the window, where a nominee for the Supreme Court of the United States could not define what is a woman or man, where crime is not answered with punishment… A society literally gone berserk!

We are living in historic times. For two thousand years our people have been wandering from country to country having to endure suffering and persecution. Today the return to Israel has become a realistic option. Our sages of old yearned for the opportunity that we have – to live in Israel. As challenging as it seems, we owe it to ourselves and to them to pursue this dream.