Whether a bloodstained egg may saved by removing the blood or whether the entire egg must be thrown out hinges then on whether we are dealing with a fertilized egg. According to the Talmud, an egg is deemed to be unfertilized if one is certain there was no rooster within a radius of 60 houses from the hen. Accordingly, if the chicken farmer confirms the chickens were confined to a pen into which no roosters were allowed, one can be certain the eggs laid by such chickens are unfertilized eggs.


According to the Shulchan Aruch, such eggs, referred to as beitzim muzarot, may be eaten even if they are bloodstained as long as the blood spot and its immediate surrounding area is removed. Indeed, this is the ruling of Rabbi Ovadiah Yosef regarding eggs laid by hens that are secluded in chicken pens. Of course, there is always the concern that a particular egg may just come from a farm that does not seclude the hens from the roosters.

According to Rav Moshe Feinstein, one would be halachically justified in relying on the majority situation that most eggs come from farms in which the hens are secluded. However, since discarding the bloodstained egg will not cause great financial hardship in the U.S. where eggs are inexpensive, Rabbi Feinstein recommends that in practice one should go beyond the strict letter of the law and discard the entire egg.

Rabbi Yosef, addressing the situation in Israel where eggs are more expensive and peoples’ financial situation may often not permit such caution, rules that the egg may be eaten after the bloodstain and its surrounding area have been removed.

Any comments to the writer are welcome at rafegrunfeld@gmail.com. 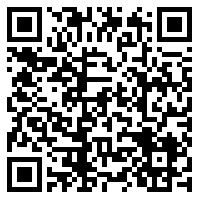