Respectfully, I was greatly disappointed with your 10/21/11 column regarding bullying. Although my experiences relating to this issue occurred more than 15 years ago, and the bullying did not, Baruch Hashem, affect my son as he journeyed into adulthood, I am still extremely bitter about what occurred. And despite the passage of time, I feel that what I went through may still be relevant, as I hear that bullying has become more frequent and is being addressed to a greater extent now than it was in the past.


My son attended a well-known day school. He was bullied even in the early grades, but more so beginning in the 5th grade when the boys and girls were placed in separate classes. I met with the menahel about this on various occasions but he appeared to be more interested in avoiding problems, always having a bored look on his face at the meetings. One or two teachers tried to help but couldn’t do too much due to the lack of importance accorded the problem by the school administration.

I had tried your various suggestions to no avail. What is the chance of finding a 5th-grade classmate to stand up for my son when his classmates are happy that they’re not the ones being picked on – while laughing with and cheering the bullies on? Even when he would find a classmate to be his friend, ultimately the classmate would join the others. How do you convince a 5th grader not to let the bullies see him upset? Similarly, how do you succeed in teaching a 5th grader self-esteem and to stand up for himself? It was no easier in the later grades.

Unless I was just an inadequate father, we must face reality. As I’ve indicated, bullying has become a much larger problem today and must be addressed accordingly. Doctors and therapists such as yourself, must convince the yeshivas and day schools to understand and accept the seriousness of the problem. This will not be easy, as there are still individuals who conveniently understate the extent and seriousness of the issues of at-risk teens and sexual abuse.

You were correct in saying that bullying doesn’t automatically cause problems in adulthood. Once my son attended a yeshiva high school, he made friends and overcame this situation. Today he and his wife live in a very religious community, and I have been blessed with three grandchildren (so far).

Why am I telling you all this? To show that, based on how my son is today, the problems he had with bullying were not due to any personality problems on his part.  I would love to take credit for his “turnaround” – but I can’t. In addition to Hashem, the main credit goes to the rabbi of the Chabad House at the university he attended. I can’t describe the relationship that developed between my son and the rabbi and his family. My son met his kallah during that time and the Chabad rabbi was the mesader kedushin at their wedding. They are still in contact today.

Yours is an inspiring and amazing story. I often deal with this problem, and that there are some yeshivas that do not want to accept that this is a problem and would rather just take the attitude of boys will be boys – or just sweep the problem under the rug.

The professionals at Torah U’mesorah have taken an active role in dealing with bullying in yeshivas and Bais Yaakovs. It is important that schools facing these issues bring in experts to help them create a system to address this issue with the goal of getting the bullies to seek professional help – which sometimes can improve the situation. Unfortunately these bullies are often troubled, difficult children with unloving, selfish parents who need to learn proper parenting skills. Sadly, bullies are usually neglected children at home. Thank you for writing. 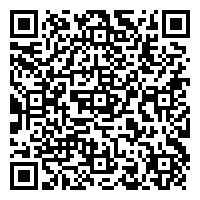