Rabbi Adin Steinsaltz, in his book Biblical Images, discusses the personalities of the great leaders and prophets of Israel. In one of the chapters, he elaborates on the personalities of Elijah the prophet and his disciple Elisha. On one hand, Elijah was a zealot who acted primarily alone – on behalf of the people of Israel and Almighty G-d. It was Elijah who staged the contest between himself and the prophets of Baal, and who proved to the people of Israel that G-d was the true king.

The Navi records that Elijah gathered the prophets of the idol Baal to participate in a contest that would once and for all decide who was the true G-d. They each built an altar, and the prophets of Baal began to chant to solicit a response from their idol to consume their sacrifice. During the narrative as recorded in the book of Kings, Elijah chided these prophets and remarked to them that perhaps their god cannot hear them and they should scream louder. When nothing happened, they hacked themselves, but all to no avail. There was no response from their idols.


It was then that Elijah called out to G-d to respond, and beseeched Him to once and for all prove without a doubt that He is the true G-d. Suddenly a fire descended from heaven and consumed the sacrifice. All the Jews assembled cried out, “G-d is the true G-d!” This event proved conclusively that G-d was the true king. Elijah thought that finally he had convinced the Jews to leave their idol worship and serve the one true G-d.

Unfortunately, the next day, Elijah was threatened with his life by Queen Jezebel, and the Jewish people went back to their prior ways. Elijah escaped with his life and prayed to G-d to die. “I acted with great zeal for G-d… for the children of Israel have forsaken Your covenant; they have razed Your altars and have killed Your prophets by the sword, so that I alone have remained, and they now seek to take my life.”

Elisha, Elijah’s student, on the other hand, portrayed a different image than his teacher. He was initially a man of the field, a commoner – someone who was able to identify more easily with the regular folk. He was also more of a moderate, not relying on the zealous methods of his teacher, but on a more pragmatic approach. Elisha was an individual who was able to accept all people and not be judgmental as his teacher Elijah could be.

Rabbi Berel Wein in one of his lectures asks the question: Why do we have a chair dedicated to Elijah the prophet during a brit and a special cup of wine at the Pesach Seder just for him? He answers so beautifully that Elijah has to witness how the Jewish people indeed continue in their traditions and follow the Torah. Elijah attends all circumcisions and Passover Seders to bear witness to the eternity of the Jewish people, and that despite his zealousness in just about giving up hope for the Jews, we are still here today – practicing our religion and loyal to our Torah.

The two personalities of Elisha and Elijah are still with us today. We have our zealots who are unwavering in the service of G-d to the exclusion of everyone else. Often they are judgmental of their brothers and sisters, criticizing anyone who does not live up to their religious standards. Elijah ascended to heaven in a fiery chariot, as if to tell us that zealotry is not the way a Jew must live. His student Elisha, who was more representative of the people, took the helm and became the prophet of G-d, for he represented someone who was more in line with his people, more tolerant of the tapestry of Jewish existence.

This ability to accept and be tolerant and not be judgmental of anyone is what we need more of amongst our people. Only G-d judges a person – we cannot.

With the coming of the New Year, as we prepare to celebrate Rosh Hashanah and Yom Kippur, it would serve all of us well to remember this when dealing with our neighbors and friends. 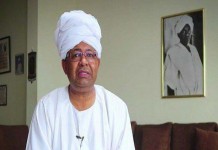 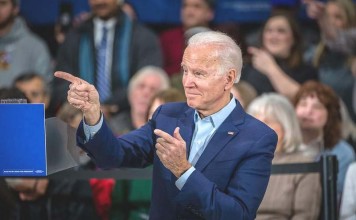