When it comes to learning Torah, one of the more popular arguments of the yetzer hara is BTDT – Been There Done That. Example: “Why do you have to review this week’s parshah? You know Sefer Bereishis backwards and forwards. Why don’t you dedicate your precious learning time to new frontiers?”

To demonstrate how fallacious this way of thinking is, let’s review a well known Rashi in last week’s parshah. This Rashi is read by the entire world one way, but the great Rebbe of Varka, zt”l, shows us an entirely different way of reading it.

The Torah states, “Vayavo Noach…el hateivah mipnei mei hamabul – And Noach entered…the ark because of the waters of the Flood.” This verse seems to intimate that Noach entered the ark only because of the fierce rain – not because he knew a great flood was about to destroy the earth as Hashem had stated. Such behavior, of course, seems strange, so Rashi explains: “Af Noach miktanei amanah hayah maamin v’eino maamin sheyavo hamabul, v’lo nichnas lateivah ad she’yavo hamayim.” Most people understand Rashi to be saying that Noach, indeed, was of little faith. He didn’t fully believe the flood would really come and therefore only entered the ark when the rain forced him to.

The obvious question is: How can we ascribe such behavior to Noach, whom the Torah calls a tzaddik and a tamim? Can someone who “walked with God” (“es haElokim his’halech Noach”) not have believed Hashem when He said that a flood was coming – especially after spending 120 years building an ark?

The Rebbe of Varka masterfully answers this question by moving a comma in Rashi. He reads Rashi as follows: “Af Noach miktanei amanah hayah maamin – Noach believed in the people of small faith” – i.e., Noach gave the generation of the flood credit that they would come around at the last minute, and therefore “v’eino maamin sheyavo hamabul – He did not believe that ultimately Hashem would destroy the world.”

This interpretation is in sync with the Midrash’s statement that the reason why the Torah repeats Noach’s name in the opening verse of the parshah is because he was “noach b’elyonim and noach b’tachtonim” – he was easygoing with Heaven and easygoing on earth.

It’s an enviable trait to be able to see the good in all people. Indeed, such a person is the wise man or woman of whom Pirkei Avos speaks: “Eizahu chacham? Halomeid mekol ha’adam – Who is wise? One who is able to learn from every man.”

Most people can’t learn from everyone. They can’t learn from an angry person or a slob or someone who talks in shul. They don’t respect him. But people who have an ayin tova, a good eye, can see the good in each person and find quality nuggets in him.

Such people are also less tempted to speak lashon hara because they don’t zoom in on what’s bad; they see the good instead. They also enjoy life much more. When they go to hotels, they don’t notice what’s missing but rather enjoy all that’s extra and wonderful. They also notice the advantages they get from their spouse rather than focus on what their mate is lacking.

The Torah teaches us to live with such an attitude when it says, “Mi ha’ish he’chofeitz chaim? Who is the man who wants life? Oheiv yamim? Who wants to love his days to the fullest? Liros tov. Train yourself to always focus on the good.” As we said, this attitude leads one to abstain from lashon hara, which is why this verse concludes, “N’tzor l’shoncha mei’ra us’fasecha midabeir mirmah – Guard your tongue from speaking evil and your lips from uttering deceit.”

May it be the will of Hashem that we should be able to adopt such an optimistic and benevolent way of looking at people, and in that merit may Hashem bless us with good health, happiness, and everything wonderful. 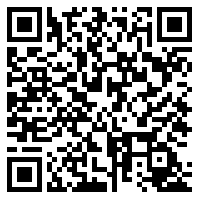