As we sat last week in MetLife Stadium surrounded by 90,000 of our jubilant brothers and sisters, we were in a state of high excitement. Now, however, many of us are struggling with personal angst. We dearly wish to be amongst the ranks of the next misaymim but we just don’t feel cut out to tackle all of Shas.

The specter of learning mesechtos like Eruvin, Yevamos, Krisos, and Niddah just seems too daunting. After all, in yeshiva we had difficulty getting through a Tosafos or maybe we never even went to a formal yeshiva.


But in starting Daf Yomi, Rav Meir Shapiro was assuring us that it is indeed within the grasp of every Jew to learn all of Shas since we were all taught the entire Torah in our mother’s womb.

The Chasam Sofer asks why the answer to “Who knows nine?” in the Pesach Haggadah is “The nine months of gestation.” Does this fact belong with “Three are the forefathers, and two are the luchos, and one is Hashem”? The answer is yes because during these nine months, every Jew learns all of Torah and thus gains the potential to reacquire it during his life. So, we all have the ability to learn Shas.

Still, many say to themselves, “I don’t have the discipline to learn every day. I can’t sit five minutes without squirming.” The idea of doing it day after day for seven and a half years seems too much.

Rav Pam, in an address at a Siyum HaShas, reminded would-be starters that “haba litaheir misayin oso” – when we want to do something right, we get the siyata d’Shmaya to succeed. I’d like to humbly add that when calculating whether we are able to do something or not, we might correctly conclude that we simply can’t. But we’re not including a key factor! We’re not including the siyata d’Shmaya we receive when we make up our minds to do a mitzvah.

Some will argue that they have tried many times and fell asleep during the Daf Yomi shiur from sheer exhaustion after a hard day’s work. Others will say the intricate shakla v’tarya of Gemara is beyond their grasp.

The answer to these objections is as follows: First, it can happen that of the 2,711 blatt of Shas, you might not fully understand 500 of them. So the first time around you will only grasp 2,211 blatt. Still, what an awesome talmid chacham you will turn out to be. Then, the next time around, you’ll comprehend most of the remaining 500 blatt with your newly-acquired Talmudic mind.

Furthermore, Rav Shimshon Pincus informs us that for every blatt we make an attempt to study, we will be allowed to master it in the yeshiva shel maalah. (The converse is also true.)

Still, for some, a seven and a half year commitment seems overwhelming. There are vorts and weddings, PTA meetings and graduations, business commitments and family outings. But, as Rav Matisyahu Solomon, shlit”a, reminds us, every Jew needs to have a kevias itim, a fixed daily time for Torah study. So why not make it Daf Yomi?

In eras past, if you missed your regular Daf Yomi shiur, you were lost. That isn’t the case anymore. You can make it up by listening to Kol Halashon or Dial-a-Daf or by watching a wide array of masters on TorahAnytime.com, or by learning it yourself with the aid of ArtScroll.

Rav Yochanan Sofer, the Erlau Rebbe, revealed that Samael, the angel of death, is an acronym for “siyum masechta ain laasos.” The angel of death wants to block us from making a siyum for it is his nemesis. When Samael fought with Yaakov, the Torah tells us, “Vayar ki lo yachol lo – He saw that he couldn’t prevail over him.” We have a tradition that “Yaakov Avinu lo meis – Yaakov never fully died.” Samael never defeated him because Yaakov was “ish tam yosheiv ohalim.” The Torah shields us.

Rav Meir Shapiro said the daily daf is like a lifesaver, a board we can grab onto to keep us afloat as we swim through the turbulent and tumultuous rapids of life. It’s “eitz chaim hi l’machazikim bah – a Tree of Life for those who grasp it.”

Let me share with you an example of the veracity of these words. Twenty-eight years ago, my oldest daughter ate a piece of chopped meat that had ecoli and contracted a rare virus that temporarily shut down her kidneys and made her blood “sandy.” My first wife, a”h, and I stayed with our daughter as she lay in Columbia Presbyterian Hospital around the clock for almost six weeks. The only time I left was when a car came at 9 p.m. to pick me up to bring me to say the daf to my large olam in the Fourteenth Avenue Aguda. At 11 p.m., another car would bring me back to the hospital.

I was always wiped out by the daily life-threatening tensions of our daughter’s condition, but I went anyways and said she should get better in the zechus of the Daf Yomi. Baruch Hashem, after six weeks, the virus left. A year later we made a seudas hodaah. I figured to myself that everyone likes a gematria, so I calculated the gematria of Chana Weiss, my daughter’s name. To my amazement, her name’s gematria was 155 – the precise gematria of Daf HaYomi! The daf helped save our daughter’s life! 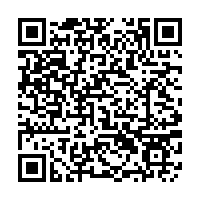