One of the dreadful features of this terrifying period is the tragic passing of so many great people. With shock and dismay, we heard about the petirah of HaRav Yaakov Perlow, the Novominsker Rebbe, zt”l, chairman of the Moetzes Gedolei HaTorah and Rosh Agudas Yisroel for the past 22 years.

How we were sad to hear of the passing of the phenomenal mohel Rabbi Avraham “Romi” Cohen, who circumcised over 20,000 Russians. And what about the venerable Rabbi Yosef Meir HaKohein Kantor from Monsey, a champion of shetikah b’tefillah? Or the dynamic Rabbi Yisroel Yechezkel Plutchok, who for many years was marbetz Torah in the unique Yeshiva Derech Chaim? Or the former Sefardic chief rabbi in Eretz Yisrael, Rabbi Yisroel Eliyahu Bakshi-Doron? Or the Sasregener Rav or the Stanislaver Rebbe?


Then there was Mr. Avraham Aaron Rubashkin who did so much chesed. To mention just one example: His Crown Restaurant on 13th Avenue in Boro Park fed numerous needy people. Many others – including brave doctors and healthcare workers – have succumbed to this horrible disease as well.

How are we supposed to process these multiple tragedies?

We say in Hallel, “Yakar b’einei Hashem, hamavsah lachasidav.” Rashi translates: “The death of His pious ones is very difficult for Hashem.” So we must know that these great losses are extremely disturbing to Hashem. One of the reasons He’s allowing it, however, is to save the masses.

During the dramatic saga of Purim, there was a great miracle. The Megillah informs us that we killed 75,000 Amalekim without suffering a single casualty. But one Jew died earlier in the story of Purim. Haman assassinated Daniel, one of the great gedolei ha’dor, and it’s very likely that his death atoned for the nation.

We’re taught, “Gedolah misas tzaddikim k’sereifas Beis Elokeinu – The death of the righteous is as powerful as the burning of the Beis HaMikdash.” The destruction of the Temple assuaged Hashem’s wrath against His people, and the death of a great tzaddik fulfills a similar role. We receive atonement for our sins. But this kaparah doesn’t come as a “freebie.” We must do our part. The death of the righteous atones when we get the message and do teshuvah.

The Novominsker Rebbe was at the helm of American Yiddishkeit for decades. As he has moved on to his deserved place in the Yeshiva shel Maalah, let’s make his sacrifice worthwhile by taking upon ourselves to improve in some concrete manner – whether it’s being warmer to our spouse, more attentive to a parent, more loving to our children, more charitable with our money, more passionate in our prayers, more dedicated to our learning, more honest in our business, more forgiving of those who hurt us, or more tolerant to those who are different than us.

One further thought. Please, Hashem, let there be no more human karbonos. “Al ha’tzaddikim v’al ha’chasidim, v’al ziknei amcha Beis Yisrael – On the righteous and pious and elders of Your nation – yehemu na rachamecha – may Your compassion be aroused.” Let there be no more losses. Rather, in the merit of us improving and praying, may Hashem bless us with long life, good health, and everything wonderful. 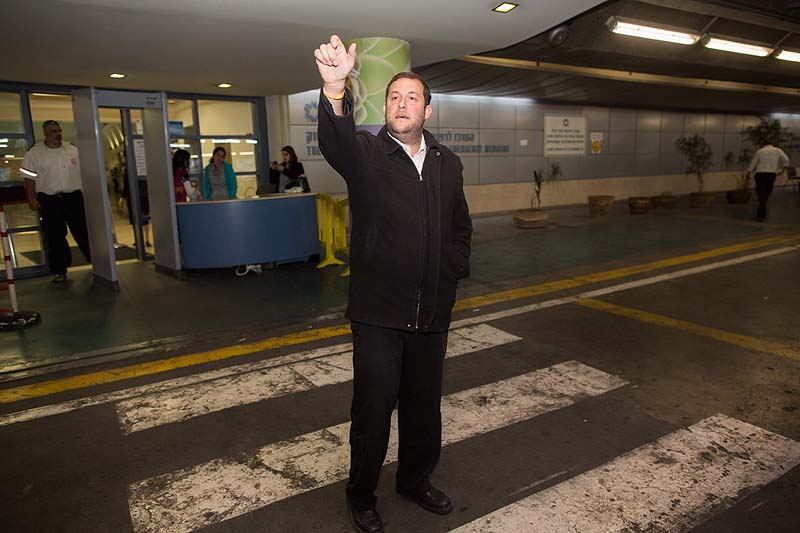