Avraham’s willingness to sacrifice his beloved son Yitzchak was the climax of his ten divine tests and the seminal expression of religious commitment. Surprisingly, we only have one mitzvah that commemorates the Akeidah: the blowing of the shofar on Rosh Hashana. Chazal explain that blowing the shofar aims to remind G-d of Avraham’s commitment and our identification with it. The Gemara (Rosh Hashana 16a) explains that for this reason, we customarily use the horn of a ram – the animal Avraham sacrificed after he was told to spare Yitzchak.

Although the Akeidah may not have taken place on Rosh Hashana itself, it is the day we commemorate it because it is the day G-d and (therefore) we reflect on our religious identity and commitment. The essence and goal of Rosh Hashana is zikaron (the word the Torah uses – Vayikra 23:24), but the focus is on Malchuyot. The way we merit G-d “remembering” (viewing) us positively is by reaffirming and sharpening our commitment to Him – a resolute kabbalat ol malchut shamayim (acceptance of the yoke of heaven). Our identification with Avraham’s willingness to sacrifice Yitzchak expresses this clearly and firmly.

Interestingly, the symbol used to commemorate the Akeidah is a ram’s horn. As opposed to an object that would have reflected Avraham’s willingness to sacrifice Yitzchak, we choose the horn that commemorates his sacrifice of the ram. Why focus on the less challenging sacrifice of the ram initiated by Avraham’s own volition, as opposed to his heart-wrenching willingness to sacrifice Yitzchak, as commanded by G-d Himself? Isn’t the latter a better expression of Avraham’s acceptance of G-d’s authority and his commitment to His Will?

The significance of the sacrifice of the ram can be seen in the parsha of the Akeidah as well. Two important postscripts of the Akeidah narrative – Avraham’s naming of the place (“Hashem Yir’eh; Hashem has shown/been shown”) and his receiving of the divine blessings as a reward for his commitment – happen only after he sacrifices the ram. Why wasn’t Avraham’s willingness to sacrifice Yitzchak enough to merit G-d’s blessings?

I believe the answer lies in the difference in how Avraham arrives at the decision to sacrifice the ram versus how he comes to the decision to sacrifice Yitzchak. The latter is, of course, a result of G-d’s request that he do so. For the former, though, there is no command or request. After showing appreciation for Avraham’s willingness to sacrifice Yitzchak and telling him to stand down, G-d is silent. There is no mention of another sacrifice, no mention of the ram.

The Torah tells us that it was Avraham who searched for (“Vayisa Avraham et einav”), found, and decided to sacrifice the ram. G-d had relieved him of his duties, but Avraham continued looking for opportunities to serve. This parallels the beginning of the parsha, where despite the intense heat, Avraham searched (note the similar phrase – “Vayisa Avraham et einav”) for guests to whom to offer chesed.

Interestingly, the Torah tells us that the ram was caught in the thicket. Why are we told this detail? Chazal understood this as an indication that the ram was placed there by G-d for Avraham to find. In fact, Chazal include the ram as one of the objects created during the six days of creation for this purpose. Though unspoken, it was G-d’s will that Avraham follow up his willingness to sacrifice Yitzchak with the actual sacrifice of the ram in Yitzchak’s place. In fact, it seems that Avraham saw the ram as something G-d had shown him by naming the place “Hashem Yir’eh” to commemorate G-d’s having showed him the ram.

G-d directs us not only through his spoken word (the Torah and halacha), but also through the events and circumstances His providence arranges. Man is expected to serve G-d not only by heeding His stated word, but by searching for the additional opportunities He sends our way.

It is this latter Akeidah aspect that the mitzvah of shofar commemorates and focuses our attention on every Rosh Hashana. Complete kabbalat ol malchut shamayim means seeing ourselves as G-d’s creations charged with the mission of fulfilling His will. If we see ourselves this way, we would strive not only to fulfill G-d’s stated commandments, but to determine and realize His unspoken directives as well.

May we learn from how we commemorate the Akeidah to “remember” how to live our lives as complete ovdei Hashem (servants of G-d) and merit G-d’s “remembering” us and granting us life, welfare, and success in the coming year. 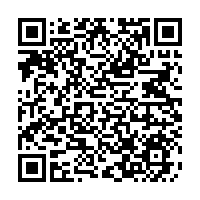