The Torah tells us, “V’ra’u chol amei haaretz ki sheim Hashem nikra alecha v’yaru mimeka – And all of the nations of the world will see that the name of Hashem is called upon you and they will fear you.” According to the Gemara (Berachos 6a) “eilu tefillin she’b’rosh” – this verse is referring to tefillin.

The Vilna Gaon was once traveling incognito during a self-imposed galus. One morning, he was davening Shacharis at the home of a wealthy man in a certain city when all of a sudden a ruckus was heard in an outer chamber (he had been davening in an inner chamber). He ran outside and found hoodlums roughing up people in the minyan. When the ruffians glanced at the Gaon, they were seized with terror and ran for their lives.


The Gaon’s host looked at him with wonderment and asked, “Why did they run away from you? Is there something that I don’t know about you?”

The Gaon replied simply, “They fled from my tefillin.”

The Gaon replied that the Gemara says specifically that tefillin generates fear when they are in the head – “eilu tefillin she’b’rosh” – not when they are simply worn on the head.” The Gaon said that he integrates the lessons of the tefillin in his mind.

This diyuk is consistent with a story we recently studied in daf yomi. (Please join my Zoom daf yomi shiur weeknights at 7:45 p.m. and Motzei Shabbos at 9:45 p.m. The Zoom ID is 7189163100.) The Gemara relates that the Romans made a decree that if someone wears tefillin “yitakru es mocho – his brains will be pierced.” This wording is highly unusual. Don’t kings usually say, “Off with his head”? What’s the meaning of “Pierce his brains”?

Evidently, the Romans understood that the main idea of tefillin is not to don them but to mentally absorb their message. Therefore, the punishment fits the crime. For trying to absorb the message of tefillin, one’s brain should be pierced.

Tefillin is a great mitzvah to work on this Elul. The Gemara (Menachos) teaches us, “Hashem aleihem yichiyu – When you put Hashem upon you [meaning, when you put on tefillin, which has Hashem’s names in them], you will live.” What an important act to do properly, then, in these days before the Day of Judgment.

Before we put on tefillin, we should keep in mind that we are putting it on our heads because the neshama is in our head with the rest of our senses and strengths. Hashem wants us to dedicate our senses to His service. So when we enjoy cholent and kishka on Shabbos, let’s remember that we are celebrating the creation of the world. When our senses revel in a Shabbos afternoon nap, let’s have in mind that we are delighting in Shabbos. When our senses appreciate sunlight, let’s make a more meaningful beracha of yotzeir hame’oros, which is the longest beracha of davening.

We also put on tefillin lemaan tihye Toras Hashem beficha – so that the Torah of Hashem should be in our mouths. As Rav Avigdor Miller, zt”l, used to say, the tefillin reminds us, “Make sure to learn Torah today.”

In the merit of properly putting on tefillin, which the Tur says is the most prestigious of all of the positive commandments of the Torah (cf. the Beir Haitev at the beginning of Hilchos Tefillin), may Hashem bless us with a kesima v’kesiva tova u’mesuka, a sweet year of good health and everything wonderful. 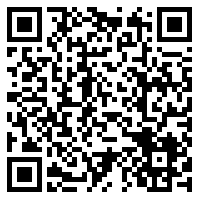