The Gemara (Nedarim 81a) says the question asked in Yirmiyah 9:11 – “Mi ha’ish hechacham v’yavein es zos…al ma avda haaretz – Who is the man who is wise [enough] to understand…why the land perished?” – was posed to the sages, prophets, and celestial angels. None of them could provide an answer. Hashem then revealed that the disaster occurred because they didn’t properly say the blessing on Torah study.

(As a side note, if the destruction of Yerushalayim and the Temple perplexed the sages, prophets, and angels, surely we shouldn’t be surprised that we are unable to explain the atrocities of the Holocaust!)


Although during the era of the first Beis HaMikdash, we committed the heinous crimes of idolatry, immorality, and bloodshed, we should have been saved from punishment in the merit of the Torah we studied. That’s why even the greatest sages, prophets, and angels couldn’t explain why Yerushalayim and the Temple were destroyed.

Hashem, however, who plummets the very depths of people’s hearts, was able to discern that although we studied much Torah, we didn’t properly say the birchas haTorah.

Rabbeinu Yonah explains that a proper blessing is made when a person appreciates something and is excited to thank Hashem for it. Klal Yisrael may have consumed much Torah, but they didn’t appreciate studying Torah as a pleasure for which a blessing was worth offering. They viewed it more as a task and chore that needed to be fulfilled.

But how about us? Do we learn just because we have to – or because we want to? Is the daf yomi a burden to be met – or a luxury to be enjoyed? Is the weekly review of the parshah a privilege – or a yoke? These are crucial questions that we must ponder as we approach Tisha B’Av.

But there is more to be learned from Hashem’s diagnosis. A blessing is critical in helping us properly focus when we do a mitzvah. Take the mitzvah of netilas yadaim, for example. Without saying a meaningful berachah, one can easily slip into the bad habit of washing as a mere exercise. Thoughtfully saying the words “asher kiddishonu b’mitzvosov vitsivanu” impresses upon us that washing is a holy ritual and an expression of fulfilling Hashem’s command.

It is so easy to go through the routines of religious observance – putting on tefillin, eating kosher, keeping Shabbos, etc. – without thinking about Hashem. It therefore is immensely important that when we say berachos and do mitzvos, we focus on Hashem. Similarly, if we wish to protect our families with the shield of Torah, we must train ourselves to think before studying Torah that we are fulfilling the supreme command of Hashem.

One more lesson as we approach Tisha B’Av: Rabbi Chaim Volozhin points out that the opening words of Megillas Eicha, “Eicha yashva vadad,” sound similar to “Hein am l’vadad yishkon – Behold the nation that dwells apart.” He explains the connection as follows:

When we fail to keep ourselves distant and distinct from neighboring nations, Hashem punishes us with “Eicha.” Throughout the ages, we’ve seen assimilation bring about disaster. In Egypt, we embraced the ways of the Egyptians – e.g., we stopped giving our children a bris – and as a result, were enslaved. In Spain, we grew too close to the ways of our host nation and, as a result, suffered the dreadful consequences of the Spanish Inquisition and expulsion.

Rav Lichtig of Queens, who attended the legendary Yeshivas Chachmei Lublin as a youth, told me that the great Rabbi Meir Shapiro once traveled to America to raise funds for the yeshiva. Upon his return, he was asked to describe American Jews. He responded, “They know very well how to make Kiddush but they lack understanding of Havdalah.”

What he meant was they knew how to do beautiful mitzvos but don’t properly distance themselves from non-Jewish ways. More than a half century later, this failing still characterizes us. We must be wary of the influence of gentile culture upon our manner of dress, our method of speech, our behavior with our spouse, our treatment of our children, our attitudes towards our parents, and the respect we show our elderly and sages.

Let’s remember this golden rule: When we keep ourselves distinct from the nations, Hashem blesses us with divine protection. When we strip ourselves of proper boundaries, Hashem forcibly ejects us so that we maintain our Jewish identity. Either wear a yarmulke voluntarily or be forced to wear a yellow Jewish star forcibly. Hashem allows us to choose, but one way or another He will keep us apart.

In the merit of bettering ourselves, may we be spared from any further Jewish suffering and see the rebuilding of the Temple and the final redemption speedily in our days. 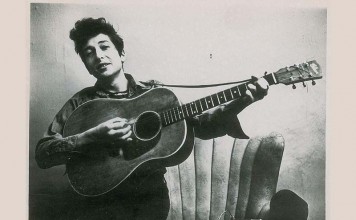 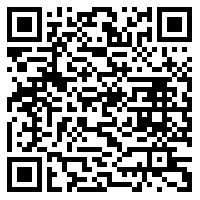