Baruch Hashem, I re-opened my shul – the Agudas Yisroel of Staten Island – last Shabbos for the first time in 13 weeks. When I did, I said Shehechiyanu (without Hashem’s name) with great feeling, thinking that so many shuls re-opened having lost many of their members, or even their rav or rebbe.

We re-opened on condition that everyone wear masks and keep appropriately distanced from one another. Our mispalelim, including women, who wanted to come had to register in advance, and we removed many tables to ensure that people would keep apart. We don’t really know if the danger has abated or is still lurking out there, waiting to take advantage, chas v’shalom, when we let down our guard.


As I spoke from the pulpit, I saw a sea of masked men before me. It was a jarring sight. I asked the congregation, “Why do you think Hashem is forcing us to come into His House with our faces covered? Why would He want our beautiful tzelem elokim to be hidden from view?”

It would seem that Hashem is telling us that we haven’t been using our mouths with the proper discipline when we come to shul and Hashem is doing something drastic to force us to reflect on this point.

The additional bizarre need to socially distance also screams for an explanation. I am not a prophet, but it seems logical to suggest that Hashem is saying, “Now that you’re coming back to shul, I want things to be different. I put masks on you so that you should remember not to talk during tefillah. I’m also forcing you to be six feet from each other so that you shouldn’t even be tempted to talk.” We should ponder deeply the words of the Shulchan Aruch that someone who talks in shul is a sinner and “gadol avono miniso” (his sin is too heavy to bear).

Some people are returning to shul after enjoying casual porch minyanim and are bringing the cavalier attitude they had on their porches with them. The rules about masks and social distancing should scream to us that it’s not business as usual. Let’s make a renewed commitment that when we’re in shul, we’ll spend our time with Hashem, not friends.

Another good idea is to participate in “Just Put It Away,” a global initiative of venerable rabbanim such as Rav Eitan Feiner, Rav Moshe Tuvia Lieff, Rav Noach Isaac Oelbaum, Rav Binyomin Eisenberger, Rav Daniel Gladstein, and Rav Fischel Shechter (assisted by influential laymen such as my dear talmid Betzalel Klein). The initiative is simple: It calls for everyone to put away their cellphones or place them on airplane mode during davening.

We want Hashem to give us His undivided attention, so we should give Him our undivided attention. It’s very disrespectful to put Hashem “on hold” and glance at a message or look to see who’s calling while we’re in His presence. If we were at an important business meeting at which we hoped to land an influential client, we would not look at our phone.

We certainly shouldn’t act in a more cavalier fashion with Hashem. I hope you’ll join the “Just Put It Away” movement. It will give Hashem a lot of nachas.

In the merit of us deepening our respect for Hashem’s house, may Hashem shower many blessings upon our homes and grant us long life, good health, and everything wonderful. 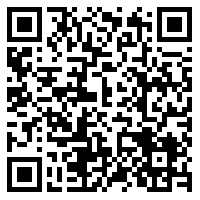