Some Jews end Shabbat 40 minutes after sunset while others wait as long as two hours. How could there be such a wide range?

Compounding the question is the fact that the Talmud itself seems to rule that Shabbat is over even earlier than 40 minutes after sunset. The Talmud states that tzeit ha’kochavim (when three medium-sized stars appear) takes places after the amount of time it takes to walk three-quarters of a mil after sunset (Shabbat 34b) – in other words, no more than 18 minutes after sunset.

Granted, some interpret the Talmud’s conclusion in such a manner that tzeit ha’kochavim occurs just a bit later than three-quarters of a mil after sunset. But people nowadays wait much longer than 18 minutes after sunset to end Shabbat. Why?

The answer is threefold: First, the time it takes darkness to fall depends on the season and location. The calculation the Talmud gives is only an approximation. Second, it’s not entirely clear that what the Talmud calls “sunset” is what we call sunset today – i.e., when the top of the body of the sun dips below the horizon.

Talmudic sunset may actually be a bit later – when the sun’s bright rays disappear (see Rabbi Meir Posen, Or Meir). For these two reasons, we must follow the actual appearance of stars to determine tzeit ha’kochavim, not a fixed amount of time after what we call sunset.

A third reason we seem to act more stringently than the Talmud requires is that we are no longer proficient at determining which stars are considered “medium-sized.” The Shulchan Aruch, following earlier authorities, rules that we must wait until three small stars are visible where a Biblical law is concerned (Orach Chayim 235:1). And on Motzei Shabbat, we must be even more stringent and wait until three small stars appear close together in the sky, due to the requirement of tosefet Shabbat (adding extra time to Shabbat; see ibid., 293:1).

Most of us nowadays are not adept at identifying the required stars at all – either because we do not know how or because light pollution from electric illumination obscures them. Therefore, we generally determine the time of tzeit ha’kochavim by consulting a calendar.

The time given in the calendar is based on an astronomical calculation: One ascertains how far the sun must descend below the horizon to produce a level of darkness sufficient to view the requisite stars.

Most contemporary calendars and zemanim apps adopt the calculation of Rabbi Yechiel M. Tukacinsky (1871-1955) that “three small stars close together” appear when the sun has descended 8.5 degrees below the horizon. In New York, the sun attains a depression angle of 8.5 degrees approximately 40 minutes after sunset at the equinox and as late as 51 minutes in the summer.

Unfortunately, for many years, many 20th-century American calendars gave an oversimplified time for the close of Shabbat. Since most people knew the time for Friday candle lighting (18 minutes before sunset), for convenience’s sake these calendars calculated Motzei Shabbat as one hour after that (42 minutes after sunset).

But now that the accurate calculation of 8.5 degrees is readily accessible, there is no more excuse for relying on fuzzy math. If one insists on using a fixed number of minutes after sunset rather than astronomical calculation, 50 minutes – not 42 minutes – would be more appropriate (cf. Iggrot Moshe, Orach Chayim 4:62).

Why, though, do some people end Shabbat considerably later than when the sun has descended 8.5 degrees below the horizon? They claim to base their practice on the opinion of Rabbenu Tam, who states that when the Talmud refers to sunset, it actually means the second stage of the sun-setting process. This second sunset is at least 58.5 minutes after first-stage sunset, which is classically identified with what we call sunset.

In Rabbenu Tam’s view, in other words, nightfall occurs after the amount of time it takes to walk three-quarters of a mil after the second sunset. Depending on how precisely one interprets Rabbenu Tam’s opinion, tzeit ha’kochavim is therefore either 72, 90, or 120 minutes after what we call sunset. If one calculates based on the solar depression angle, the amount of time between sunset and nightfall increases even more.

The most common variant of “Rabbenu Tam’s nightfall” practiced nowadays deems tzeit ha’kochavim to be 72 fixed minutes after sunset (although one should be aware that in northern places such as England, this time is actually earlier than the “mainstream” definition of tzeit ha’kochavim in the summer). Individuals of diverse backgrounds have adopted this stringency, and it is virtually standard in many chassidic and yeshivish communities (see Yabia Omer, Orach Chayim 2:21 regarding the sefardic community).

In truth, referring to the late version of Motzei Shabbat as “Rabbenu Tam” is a misnomer, as it implies that Rabbenu Tam was alone in calculating tzeit ha’kochavim in this manner. In fact, though, most early commentators, plus the Shulchan Aruch, concur with Rabbenu Tam (Orach Chayim 261:2). So why don’t all Jews follow this opinion?

One possible reason is that it’s far from clear that Rabbenu Tam and the Shulchan Aruch hold the position many people ascribe to them. Figuring out when Shabbat ends according to the aforementioned approach necessarily involves consulting an accurate clock or a precise astronomical calculation, both of which were generally unavailable for the vast majority of Jewish history. Jews determined all halachic times by celestial observation or by reading a sundial.

Except in extremely northern locales, the sky is dark and filled with stars well before the time that people claim is tzeit ha’kochavim according to Rabbenu Tam. (See Yom Va’Layla shel Torah by Rabbi Y.G. Weiss for many other examples of serious difficulties with the assumption that night falls so late according to Rabbenu Tam).

Indeed, many contemporary works argue that Rabbenu Tam never intended to establish a novel time for tzeit ha’kochavim. Rather, he only intended to redefine halachic sunset. In other words, Rabbenu Tam argues that the “beginning of sunset” occurs 72 minutes before three stars appear, not that tzeit ha’kochavim is 72 minutes after what we call sunset. The most concise presentation of this view is Rabbi M.M. Karp’s monograph, printed in the back of Hilchot Shabbat B’Shabbat volume 4.

The actual practice of the Jewish people from time immemorial supports the contention that Rabbenu Tam never disagreed about the time of tzeit ha’kochavim. Rabbi Chaim P. Benish, in his book HaZemanim BaHalacha, musters clear evidence that until quite recently, all communities ended Shabbat when they actually observed three stars, including those that claimed to follow the opinion of Rabbenu Tam.

That so many wait 72 minutes after sunset to end Shabbat, despite the inherent incongruity with astronomical reality and historical practice, can probably be attributed to the breakdown of the living religious tradition during the upheaval of the World Wars.

In conclusion, the commonly accepted time for ending Shabbat, Yom Tov, and Yom Kippur is when the sun has descended 8.5 degrees below the horizon. In New York, this occurs, at the latest, 51 minutes after sunset. Many individuals and communities end Shabbat even later, which is certainly a commendable custom. However, the prevalent practice is eminently halachically sound and reflects the historical practice of the Jewish people.

Poll: 64 Percent of Israelis Approve US Leadership, the Rest of the World Much Less 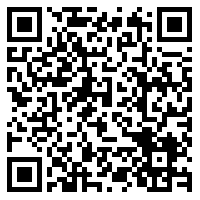