The Trump administration has decided to cancel all its funding to the United Nations Relief and Works Agency for Palestine Refugees in the Near East (UNRWA), a unique agency which has been maintaining the refugee status of more than five million people who never left home, the Washington Post reported Thursday night.

The White House will make the announcement in a few weeks, according to the Post, eliminating for at least 90% of the people calling themselves “Palestinian refugees” their “right of return” to the homes their grandparents and great grandparents fled in 1948.


Last week, the State Department announced cutting more than $200 million in aid for the PA and Gaza, stating the money would be “redirected” to more worthy causes.

The US wants the UN to completely alter the relief agency, as was described by US envoy Nikki Haley this week when she said: “First of all, you’re looking at the fact that, yes, there’s an endless number of refugees that continue to get assistance, but more importantly, the Palestinians continue to bash America.”

The US is the largest single donor to UNRWA, covering one-third—give or take—of the agency’s $1.1 billion annual budget for 2017. But in early 2018, the administration cut its pledged payment from $130 to $65 million. The agency and its millions of dependents went rioting in the streets of refugee camps in Gaza, the PA and Jordan – now it appears that cut donation was the last penny they’ll ever see from America.

The major difference between the two agencies, one of which caters exclusively to “Palestinians” and the other to all the rest of the world’s refugees, is that while UNHCR attempts to solve refugee problems by relocating people from trouble areas, UNRWA makes sure they all stay put in sub-human conditions, for seven decades now, with the hope of one day being allowed back in their families’ homes in Lod, Ramleh, and Jaffa. 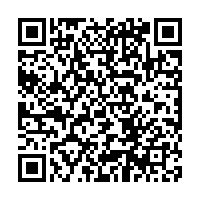