Let’s resume our crash course on how to pray better:

In the beginning of the Torah, we are informed that it did not yet rain upon the earth since “v’adam ayin laavod es ha’adomah – there was no man to work the ground.” But what does working the ground have to do with rainfall? Rashi explains that the “work” the Torah is referring to is the work of the heart – namely prayer – for rainfall comes in response to human prayer.

In a metaphorical sense, geshem (rain) refers to gashmius, material success. So not just rain, but our parnassa, too, depends on proper prayer.

That praying is effective is a cardinal belief of Judaism. And tefillah can greatly enhance one’s life. The Mabit, in his seminal sefer on prayer, Beis Elokim, writes that people who can barely see have been known to get better, and mutes have been known to start talking. Rarely, though, he writes, does someone who is a shoteh (a deranged individual) become sane. He explains why: The person who can’t see desperately prays to Hashem to see. The one who is mute intensely pleads to Hashem to give him the ability speak. The one who is deranged, though, doesn’t pray to Hashem (because he’s deranged), so he doesn’t get better because everything depends on prayer.

In a quasi-humorous fashion, the Toliner Rebbe, shlit”a, once explained why his chassidim are much poorer than those of his brother, the Rachmastrivska Rebbe, shlit”a. He said, “My brother has a large chassidus. Each chassid, therefore, gets very little time to spend with him and doesn’t feel confident after such a short time, so he prays to Hashem, and Hashem answers his prayers and makes him successful. I have many fewer chassidim, so I spend much more time with each one. Therefore, they put their faith in me instead of Hashem. That’s why they’re poor.”

In bentching, we say, “V’na al tatzricheinu, Hashem Elokeinu, lo lidei matnas basar v’dam, v’lo lidei halva’asom; ki im liyod’cha ham’lei’ah, hapesuchah, hakadoshah v’har’chavah – And please, Hashem, may we not need to take gifts from flesh and blood and not take loans; rather, we should be supported from Your hands that are pure, open, holy and bountiful.” For many, this prayer seems almost hypocritical. They are supported by their parents and live in houses and drive cars on the back of bank loans.

The Siach Sarfei Kodesh makes this request more palatable by rendering it as follows: “We should not need gifts from flesh and blood or their loans, unless we realize that they are really coming from Hashem’s hand which is full, open, holy and bountiful” (interpreting the words “ki im” as a conditional statement).

(As an aside, the point of going to shul is to properly pray, not sit back and relax. Rabbi Berel Wein, shlit”a, writes that when he furnished his shul in Monsey, NY, he deliberately avoided making the chairs too comfortable. He didn’t want his congregants to lean back. He wanted them to sit up and get to work.)

May it be the will of the Hashem that we realize what a great impact our Baruch Aleinu, our Shema Koleinu, and our Sim Shalom can make in our lives and, in that merit, may Hashem bless us with long life, good health, and everything wonderful. 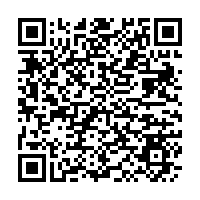