Here in the Diaspora, one of the highlights of the Yom Tov davening is the saying of Birkas Kohanim, when the whole congregation is lovingly blessed by Hashem through the conduit of our precious Kohanim. It is something people look forward to with the hope of improving their lives through these meaningful blessings. This fact makes the story I am about to share with you all the more mysterious so fasten your seatbelts for a unique vignette and a powerful lesson.

The Operion Shlomo relates that there was a shul in America whose Rav noticed a very peculiar behavior on the part of one of his congregants. Every time the Kohanim would go up to say the Priestly Blessings, this man would fold up his tallis and walk out of the shul. At first, the Rav thought it was just a coincidence. He assumed the man needed to use the restroom or that his wife needed his help at home. But after several successive Yomim Tovim, he realized that this person was intentionally walking out on Birkas Kohanim. Now, had he walked out on the Rav’s drasha, it wouldn’t be a nice thing to do. Still, that’s not unheard of. Some people don’t have the sitz fleish, the ability to sit through a sermon. Others don’t like to hear mussar. But who walks out on the Priestly Blessings? Who doesn’t want to receive a lofty bracha?


Thus, one time the Rav suggested to his wife that they invite him for a yom tov lunch. “Perhaps,” he said, “If he comes to eat with us, he’ll stay in shul for the Kohanim.” So they invited him and the man readily agreed to come. Nevertheless, even on the yom tov of his invitation, before the Kohanim went up to duchan, the man folded up his tallis and left the shul.

Afterwards, during lunch in the Rav’s home, after they ate heartily and the guest was appropriately mellow, having had some good wine, the Rav gingerly broached the subject. “You know, I’ve noticed that you always leave when the Priests give us a blessing. Do you have a negative association with Birkas Kohanim?”

The man looked at the Rav seriously and said, “I’ll tell you, we Holocaust survivors don’t like to talk about our experiences. But since you asked me, I will tell you the story.

I was in Auschwitz in a barracks with several hundred people. The conditions were inhuman and most of us weren’t able to think about anything religious. However, there was one elderly man who lived on a different plane and seemed to be above the terrible surroundings.

“Two weeks before Pesach, he let us know that he would be making a seder. Somehow, he got one of the camp bakers to make him two matzos and on the night of Pesach we sat down on the floor of the barracks and he said the Haggadah to us by heart. We each got a tiny piece of matzah and he transported us to a much better world.

“As we began to sing Chasal Siddur Pesach, a Nazi guard came in. He saw us sitting on the floor and went berserk. He ran to the nearest Jew, held a gun to his temple and said, ‘If you don’t tell me who organized this, I will kill you.’ The man didn’t respond, so the Nazi pushed him away and started screaming, ‘I’ll kill all of you.’ The old man came forward and said, ‘It was me. Shoot me if you must.’ The Nazi gave a satanic laugh and said, ‘I’m not going to kill you now. I’ll shoot you tomorrow in front of the whole camp.’

“The next day, they made a platform and they were preparing to shoot him when he said that he had a last request. The Nazi laughed, ‘What do you want? A piece of meat? A drink of wine?’ The old man answered that he was a kohein and he wanted to give everyone a blessing. There and then, right before they shot him, with great passion he gave all of us the priestly blessing, and then they killed him.”

The man continued, “After the war, because of the horrors I drifted away from Yiddishkeit. I was sorely tempted to marry a non-Jewish woman but I remembered the old man’s blessings and just couldn’t do it, and I married a Jewish woman. Then, we had children and I wanted to send them to public school. But once again I remembered the blessing and I couldn’t do that either.

“These blessings that he said in such a heartfelt way just before he was murdered saved me from many mistakes. I simply never wanted to lose the clarity of their memory. I was afraid to listen to any other Birkas Kohanim for fear that it might drown out the memory of those blessings in Auschwitz. That’s why I walk out from the saying of Birkas Kohanim.”

I don’t know about you but when I read this story I was shaken. We are taught, “B’tzedek tishpot amisecha – With righteousness you should judge your fellow Jew.” It never dawned on me that there ever would be a positive reason why this man abandoned the Kohanim. But, there was. For me, hearing this experience brought the Jewish expectation of judging our fellow favorably to a new level. And let’s remember the Gemara teaches us, “Whoever judges his fellow favorably, Hashem will judge him favorably as well.”

In the merit of doing just that, may Hashem bless us with long life, good health, and everything wonderful. 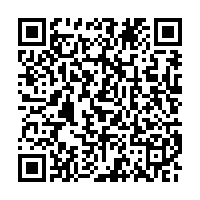