This week, we celebrated Yud Beis-Yud Gimmel Tammuz, commemorating the 1927 release of the Previous Rebbe, Rabbi Yosef Yitzchak Schneersohn, known as the Rebbe RaYaTz, from his imprisonment in Soviet Russia. His crime was working to strengthen Torah study and the practice of Judaism.

If there are observant Jews in Russia today – people who keep Shabbos, kosher and so forth – it is due to the mesiras nefesh, self-sacrifice, of the previous Rebbe.


In the 1920s, the entire world marveled that the only ones who kept up Torah and yiddishkeit in the Soviet Union, despite all the persecution from Stalin and his cohorts, were the Chabad chassidim. Undaunted, under the leadership of the Rebbe, they conducted secret yeshivos, bris milah, weddings, etc. The legacy remains to this day – not only for chassidim.

The previous Rebbe’s original sentence was for a capital offence; later this was commuted to ten years, and then to three years of exile in the remote city of Kostroma. At the train station when he was being transported to Kostroma, he said the chassidim gathered, “The only power that the government may have is only over our bodies; not over our souls.”

If you analyze that statement, it is only a Jew of mesiras nefesh, a Rebbe, who can say this. He is now at the train station, on the way to Kostroma. He is officially in “their hands,” and “they” are taking him to exile. As this is happening, he says, “You should know, you can only exile the Jewish body, but not the Jewish soul. The Jewish soul always remains free to do what Almighty G-d says.”

Throughout his leadership, the previous Rebbe faced perhaps the most difficult time in Jewish history. In the thirty years of his leadership, from 1920 to 1950, he faced the two greatest enemies of the Jewish people: Stalin and Hitler. He was the Rebbe under those tremendously difficult circumstances. He persevered and survived – yes, at a certain price: a price to his family (he lost a daughter), and a price to his health. But he survived and led the Jewish people, and specifically the Lubavitcher chassidim, throughout those difficult years.

All that you see today, with the flourishing of the Chabad movement, began with the previous Rebbe’s work of mesiras nefesh.

The previous Rebbe tells us that even in good times, when there is no need for physical mesiras nefesh (giving away one’s life in a physical sense), there is still a form of mesiras nefesh that is required. That is, to give away your spirit.

He cites a posuk in Yirmiyahu (15:1), “My soul is not with this people.” Rashi explains that the word “nafshi” (literally “my soul”) means “my will and desire.” We see from this, says the Rebbe, that mesiras nefesh, giving away the nefesh, can also mean mesiras haratzon, giving away your will.

In other words, in 1927, the requirement of the day was mesiras nefesh – sacrificing one’s life in the physical sense. Boruch Hashem, today we don’t have that requirement. It’s not a question of sacrificing our life for Shabbos or kashrus. Not only does the government protect us, but makes sure that we enjoy all the liberties that are given in the free world.

Nevertheless, there is still the concept of mesiras nefesh in the form of mesiras haratzon, to give away our will and change “our will” to His will.” 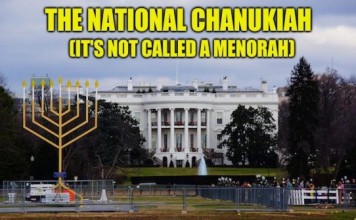 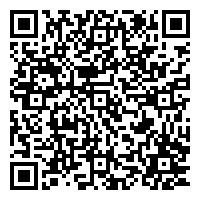