Following an American request, Israel changed its policy on Tuesday and joined more than 40 member countries of the United Nations Human Rights Council in Geneva who urged China to allow the UN human rights chief immediate access to Xinjiang, an autonomous region of the PRC in the northwest of the country, to look into reports that more than one million people have been unlawfully detained there, and subjected to torture and forced labor.

This reporter was wondering about the fact that Israel supported the call on China to allow UN investigators into its faraway region, seeing as Israel has walked out and slammed the door on the UNHRC several years ago, so I called the Foreign Ministry and was told that Israel has held on to its observer status in the agency, and as such was permitted to add its vote.

The joint statement on China was read out by its initiator, Canadian Ambassador Leslie Norton: “Credible reports indicate that over a million people have been arbitrarily detained in Xinjiang and that there is widespread surveillance disproportionately targeting Uyghurs and members of other minorities and restrictions on fundamental freedoms and Uyghur culture.” Norton cited reports of torture, forced sterilization, sexual violence, and forced separation of children from their parents.

China denied all the allegations of abuse of the Uyghurs and insisted those camps are “vocational training facilities to combat religious extremism.” North Vietnam used to call them “reeducation camps.” The program ostensibly works you to death and starves you to death until you realize the errors of your silly religious extremism. In the end, you either die or abandon your faith – either one is fine.

The Uyghurs are a Turkic ethnic group originating from Central and East Asia and are recognized by the Chinese government as a regional minority as the “so-called people of Xinjiang.” The Uyghurs become Muslim between the 10th and 16th centuries, and Islam has since played an important role in Uyghur culture and identity. Nowadays Islam is also driving the strong-handed policy of China’s central government.

Israel’s vote may mark a change in policy under the new government and the new Foreign Minister Yair Lapid (Yesh Atid), as in recent years Israel has refrained from criticizing China on human rights issues, let alone support moves against China in the OHCHR, which has been attacking Israel on a variety of issues over the past decade, resulting in both Israel and the US giving up their membership in the group. Former Prime Minister Benjamin Netanyahu also bolstered relations with China and welcomed its intrusion into Israel’s economy, despite requests to the contrary from the Trump administration.

Jiang Yingfeng, a senior diplomat at China’s mission to the OHCHR in Geneva, claimed the Canadian statement was interference driven by “political motives.” He added: “We welcome the visit by the High Commissioner to China, to Xinjiang,” but qualified: “This visit is for promoting exchanges and cooperation rather than an investigation based on the so-called presumption of guilt.” 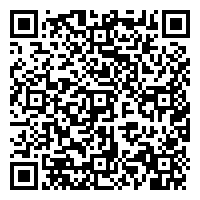