Early in the morning, Daniel was ushered him into the throne room before the king.

“Are you able to make known to me my dream and its interpretation?” the king asked.

Daniel answered, “The secret that the king has demanded no wise man can answer. But there is a G-d in heaven Who reveals these secrets and He gave you this dream to make known to you what shall come to pass in the future. The following is the dream you saw:

“You beheld a great image which had a terrible form. Its head was of fine gold, its breasts and arms of silver, its belly and its thighs of brass. Its legs were of iron and its feet were part iron and part clay. Suddenly, a great stone smote the image and smashed the iron, clay, brass, silver and gold into small pieces and they became like chaff which the wind carried away and there was no more trace of them. The stone which smashed the image became a great mountain which ﬁlled the whole earth.

“This is the dream which you saw, and now I will tell you it’s interpretation. You, O King, are the most powerful person on earth; you are the ruler of all mankind. You are this head of gold. After you, shall arise another kingdom, inferior to ours and then a third kingdom of brass which shall also rule over all the earth.

“Then a fourth kingdom will arise that shall be as strong as iron. You saw the feet and toes made of clay and iron. This signifies that the kingdom will be divided; it shall be partly strong and partly weak. It will then disperse over the face of the earth. Then shall the G-d in Heaven set up a kingdom which shall never be destroyed and it will break and consume all these kingdoms and it shall stand forever.

“This is the dream and that is its interpretation.”

Nevuchadnezzar arose and fell on his feet before Daniel and commanded everyone to pay him homage.

“It is true, that is the dream I saw and it is the true interpretation. Your G-d is a G-d of gods and a L-rd of kings and revealer of secrets.”

The king then made Daniel a great man and gave him many gifts and made him chief of the governors of all the wise men of Bavel. 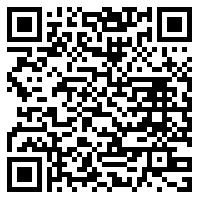