“Keep this receipt until the 13th day of Adar,” the Ari Hakadosh advised them, “and give it to the Sultan only on that day when he demands the money.”

When the 13th day of Adar arrived the Sultan, having forgotten his frightful dream, called in the Jews and demanded the ransom. “Either give me the money, or I’ll fulfill Haman’s decree upon you all,” he said.

In response, the leader of the Jewish community stepped forward and presented the receipt, signed in the Sultan’s own handwriting and stamped with his royal seal.

When the Sultan saw it he began to tremble. He recalled his dream and how he escaped death by signing the receipt.

It took a long time before he regained his composure. “Now I see,” said the Sultan, who was still trembling with fright, “that you Jews have a powerful and great G-d who watches over you. Go home in peace and enjoy your Purim feast. Be assured that from this day on, you will never be bothered by anybody and as long as I live, you will be protected.”

History records that the Sultan became the greatest friend of the Jews and some of his enemies even accused him of changing his faith to that of the Jews.

So great was the power of prayer of the holy Saint, the Ari Hakadosh, in conjunction with the prayers of the community, that all the Jews of Damascus were saved from annihilation. 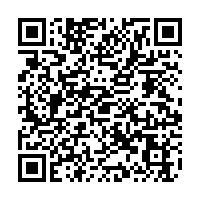