Shares In The Embarrassment

Among the famous practitioners of our forefather Abraham’s virtue, hospitality, was Rav Akiva Eger. Naturally, on Pesach, it was “Let all who are hungry come and eat…’’ Once, at the Seder, a guest accidentally overturned his cup. As the red wine stained the fine white tablecloth and the guest’s face was suffused with embarrassment, Rav Akiva tipped the table slightly so that his own cup was overturned.

The “Blood Libel,” which would usually crop up before Pesach, was generally denounced by governments and Popes, disproved on numerous occasions, and still brought tragedy to the Jews for nearly 1,000 years. From the massacre at Cordova in 1013 to the infamous Beilis trial in 1911, the blood of innocent Jews was shed as freely as the Pesach lamb was shed in the time of the Beis Hamikdash. May these innocent sacrifices serve as an atonement for us today and may God in His infinite mercy hasten our redemption.


Let us take a look at how a King of Poland, Stanislas August Poniatowski, dealt with such a case nearly 200 years ago.

In 1787, a peasant of Olkusz (near Cracow) found a Christian girl in the forest. She told him that a Jew wanted to kill her. Since it was before Pesach, a ritual murder charge was immediately announced. A poor tailor by the name of Mordecai was arrested and tortured until he confessed. But the local landlord, a certain Stanislas of Wodzicki, was not satisfied. He wanted to have the leaders of the Jewish community tortured.

It was at this point that the Jews of Cracow appealed to the King for help.

“It was after the dance at the cloth-galleries,’’ Wodzicki wrote in his memoirs, “And I sit in my room, writing letters. Suddenly my uncle, Elias of Wodzicki comes in and says: ‘Dress, Sir Stanislas, and come along with me to the King!’

“I replied that I would gladly fulfill the uncle’s desire, but that I was already introduced to the King.

“‘It is not a matter of introduction,’ he answered, ‘but the devilish affair with the Jews. The King takes an interest in this matter and wants to discuss it with you.’

“‘I understand and guess something is afoot,’” I say.

“The uncle asks, ‘What do you guess?’

“‘That the Jews have gotten to the King,’” I reply. The uncle remained silent.

“I dressed and we drove to the palace. We waited a short time and then the door of a small room opened and the King entered and addressed me in this way:

“I did not expect that you, after having learned and studied in foreign countries, should still give credence to such medieval stupidities as that the Jews use Christian blood for Easter. We find such accusations in the history of all countries, it is true, and Jews were condemned to terrible punishments. But our enlightened age knows that these victims of superstitions and prejudice were innocent. I would ask you, Sir, not to push this matter in the courts!’”

Frightened at the King’s attitude, the landlord dropped the charges and another tragedy was averted.

A Yishuvnik, an unlearned farmer, who kept a teacher for his children in his home during the winter, told the teacher, “Rav, I am going to withhold the payment I owe you, because I want you to remain here for the Pesach holiday to show me how to conduct a Seder.”

Unable to help himself, the teacher reluctantly agreed. As they were sitting at the Seder and they came to Yachatz, where the middle matzah is broken in half and one portion is put away for the Afikomen, the teacher did just that. He broke that matzoh in half and placed one piece under the pillow.

When the farmer saw what the teacher did, he exclaimed, “Shame on you! What do you mean by hiding half a matzah under the pillow? Do I begrudge you a piece of matzah? Eat with the best of health all you like. But to hide a piece of matzah, shame on you” (Dr. Yitzchak Unterman, in his book Lekoved Yom Tov).

The Rav of Bialostok, Rav Samuel Mohliver, used to supply Jewish soldiers, who were stationed near Bialostok, with kosher meals so that they need not be forced to eat non-kosher food from the army’s general kitchen. This was his particular mitzvah. One day before Pesach, the head of the Jewish Congregation visited him and explained that because of high prices it would be difficult to supply the Jewish soldiers with kosher Pesach meals. “In that case,’’ Rav Samuel told him. “I will call together a meeting of the Dayanim (Jewish Judges) and we will allow the use of peas for this Pesach.’’

“Excellent, Rav,’’ the head of the congregation replied, “The L-rd shall give you long life for this. I was very worried how to supply the Jewish soldiers with wholesome meals. Now you have come up with an excellent solution, we will feed them peas.’’

“Peas for the Jewish soldiers did you say? This will never happen in Biyalostok. You, I, and the entire city will eat peas for Pesach, but the soldiers, they will eat the best food available!’’ exclaimed the Gaon. 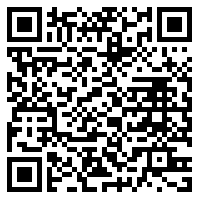