“And Hashem told Moshe, lift up thy rod over the sea and divide it”… And Moshe ordered the sea to divide.

But the sea refused. “Why should I obey you,” it said, “You are but a man born of a woman and besides, I am three days older than you, I was established on the third day of creation, and you were created on the sixth day.”


Moshe relayed what happened to the Almighty and prayed for help.  “Now is not the time for prayer,” said Hashem, “Lift up thy rod…”

Immediately Moshe picked up his rod. The sea, however, remained very obstinate. Moshe then pleaded with Hashem that He should command the sea to divide. But the Almighty refused saying, “Were I to order the sea to divide it would never return to its former status. However, I will clothe you with a semblance of My strength to command its obedience.”

When the sea saw Hashem’s strength on the right of Moshe, it became terrified. “Make way for me so that I may hide from the Lord of Hosts,” pleaded the sea.

The waters of the Red Sea then divided and a miracle occurred throughout the world – all the waters in wells, caves, rivers and even in glasses also divided and remained so until Bnei Yisrael passed through the sea.

A number of miracles occurred at the Red Sea. 1. The waters of the sea formed a canopy over Bnei Yisrael’s heads. 2. Twelve separate lanes opened up, one for each of the shevatim. 3. The water between the shevatim became transparent as glass so they could all see each other. 4. The ground beneath was dry and warm, but it soon changed to a mire of mud when the Egyptians stepped into it. 5. The walls of the sea changed to jagged stone when the Egyptians entered and they were bruised terribly. 6. A stream of sweet drinking water flowed alongside Bnei Yisrael to quench their thirst. 7. Different types of fruit – apples, oranges, plums, etc. – extended from the walls of the sea allowing Bnei Yisrael to feast as they walked through the sea. 8. The reflection of these miracles was portrayed upon the clouds, which mirrored them to all the nations of the world who were awed by the stupendous might of G-d.

And the Egyptians were smitten with the pillar of cloud and the pillar of fire. The pillar of cloud made the soil miry and the mire was heated to the boiling point so that the hoofs of the horses fell off and they could not budge from the spot. The torture of the Egyptians in the Red Sea was far worse than the pain they suffered through the plagues in Egypt, for they were delivered into the hands of the Angel of Destruction who battered them continuously. Had G-d not provided them with a double portion of strength they could not have withstood the pain. The Egyptians were tossed and shaken as peas in a pot. The rider and his horse were tossed high into the sky and then the two together were hurled to the bottom of the sea.

And so all of the Egyptians were drowned. All except one, Pharaoh. When he heard Bnei Yisrael raise their voices in song, he pointed his finger heavenward and called out, “I believe in Thee, G-d. Thou art righteous and I am wicked and I now acknowledge that there is no G-d in the world beside Thee.” Immediately Gabriel descended and, placing an iron chain on his neck, raised him from the depths of the water. “Villain,” he said. “Yesterday you boasted, ‘Who is the Lord?’ and now you say, ‘The Lord is righteous.’” Whereupon he dropped him into the depths of the sea and kept him there for 50 days, showing him the ways of G-d. Later he installed him as king of the great city of Nineveh, for Pharaoh feared to return to Egypt.

After many years, when Jonah came to Nineveh and prophesied the destruction of the city because of its inhabitants’ evil, it was Pharaoh who, seized by fear and terror, covered himself with sackcloth and sat in ashes. Having learned his lesson, Pharaoh issued the decree throughout Nineveh. “Let no one eat or drink, for I know that there is no G-d in all the world save Him. All His words are truth and all His judgments are true and faithful”
(Sotah 36, 37; Megillah 10; Pesachim 118; Midrash Shemos, Mechilta). 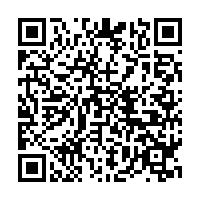