Rav Tzvi Hirsh Levin, the rav of Berlin, was an extremely clever and sharp individual and possessed a remarkable sense of humor that he used well in his attempts to get across Torah views.

Rav Tzvi Hirsh was first rav in a very small city – Halberstat. Halberstat was a poor place but the people were very pious and observant. He then moved on to become the rav of London and finally, spiritual leader in Berlin.


In describing the differences between the three places, he once said:

“I will illustrate the differences with a story. Once when I was in Halberstat, I passed an inn and I heard from within a mournful sound.

“The sounds were so tragic that I thought that the person who was making them must surely have suffered some terrible tragedy. Walking inside I saw in the corner an emaciated and hungry looking fellow sitting at a table with his head in his hands, giving vent to his woes.

“ ‘I am the yetzer hara [evil inclination],’ he replied. ‘Never have times been so bad for me as they are in this city of Halberstat. No matter how hard I work at trying to get these Jews to commit sins, no matter how I run about attempting to tempt them, my efforts are in vane. I will starve to death in this city, business is so bad!’

“I left the mournful soul,” continued Rav Tzvi Hirsh, “and went on my way. I soon forgot about the incident and the years passed. I left Halberstat and moved on to London where I became rav.

“One day, as I was walking along a busy street, I saw a familiar figure running toward me. It was the evil inclination.

Has No Time “ ‘Hello there,’ I called. ‘It has been many years since I last saw you. What are you doing in London?’

“ ‘I have no time to stop to talk now,’ replied the evil inclination. ‘There is so much work to do here that I am exhausted. I have to run about persuading people to sin and business is extraordinary.’

“Away he went,” said Rav Tzvi Hirsh, “and disappeared from sight on his way to do business.

“The years passed by once again, and I forgot about him until I went over to Berlin. There I met him again. As I was passing a tavern, I heard loud laughter. A man was singing and sounded like the happiest, most contented of people.

“Looking through the window, I saw that it was my old friend, the evil inclination.

“ ‘Hello there,’ he cried out drunk but happy, ‘come and join me in a drink.’

A Pleasure “ ‘What are you doing in Berlin?’ I asked. ‘And look at you. You have grown so fat and ruddy of complexion. Why aren’t you at your work?’

“ ‘Ah, my friend,’ he said with a smile. ‘There is no need to work in Berlin. In Halberstat I worked like a dog and showed nothing for it. The were impossible to tempt.’

“ ‘In London, there was plenty of business but I had to run around drumming it up. Here in Berlin however, it’s a pleasure! I don’t have to do a thing. The people are ready to do immoral and evil acts without my having to push them.’ ”

The “Good Angel” The Chofetz Chaim’s good virtues and wonderful character had their beginnings when he was yet a little boy.

In the little town where he lived was a poor man who earned his meager living by drawing water from the wells and springs and selling it in town.

He used to leave the pails with which he drew the water outside his front door because there was simply not enough room for them in the little hut that he called his home.

Some of the mischievous and thoughtless children in the town decided to play a practical joke on the poor man and they filled the pails with water. In the bitter wintry night the water quickly froze and the man had all manner of difficulty in the morning.

Admonishes Them Little Yisroel Meir (that was the name of the Chofetz Chaim) felt very bad for the poor man and he admonished his friends: 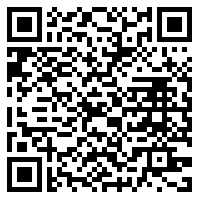