Perhaps the “party” is over — but officials are not breaking out the colored balloons to celebrate just yet.

Hamas officials have gone to Qatar to consult with their handlers about the deal being discussed among the Palestinian Arab terror factions.


The draft of a detailed permanent cease-fire agreement was crafted in Cairo just before Israeli negotiators headed home for the Sabbath, according to Israel’s Channel 2 television and a report published in the Egyptian daily al-Shuruk newspaper, quoted by the Hebrew-language Ynet.

Meantime, both sides are maintaining a five-day cease-fire while indirect talks continue in Cairo, brokered by Egypt.

The bottom line is this:

Hamas, backed by Turkey and Qatar, is demanding that Israel lift the blockade imposed on the region after the terrorist group seized control over Gaza in 2007, and kidnapped IDF soldier Gilad Shalit.

It took more than five years and the release of more than 1,000 Arab terrorists in order to free Shalit, and Israel has seen two wars with Gaza since then — not including the present conflict.

According to the report, the centerpiece of the deal under discussion includes a total stop to construction of terrorist tunnels into Israel.

There will be no rocket, mortar and missile fire or any other terrorist attacks or activities against Israel by Hamas and other Palestinian Arab terror factions in Gaza.

In exchange, Israel has allegedly agreed to numerous concessions that will ease the blockade and assist with rebuilding the region.

Israel will ease the blockade by opening the crossings with Gaza. People and goods will be permitted to enter Gaza in order to rebuild the region, and Gazans will be allowed to export goods to Judea and Samaria, pending the establishment of regulations to be determined by Israel and the Palestinian Authority unity government.

Funding for the reconstruction of Gaza will be coordinated between Israel and the PA unity government.

Israel will cease all military activity in the enclave by land, sea or air. No ground troops will enter Gaza.

Moreover, the buffer zones along the security fence in northern and eastern Gaza will be eliminated in graduated steps and PA unity government forces will be deployed, beginning January 1, 2015.

The fishing zone is to be extended a total of 22 kilometers (12 miles) — immediately to 6 miles and then eventually to a full 12 miles — in coordination between Israel and the PA unity government.

The PA unity government — in coordination with Israel and international aid groups — will provide the basic items needed to rebuild Gaza according to a pre-set schedule designed to help those whose homes were in the combat zone to make a new start.

Israel will assist the PA unity government in rebuilding infrastructure in the region, and will help provide basic necessities for Gazans who had to leave their homes.

Israel will provide medical aid to the wounded and expedite transfer of humanitarian aid and foodstuffs via the crossings. To that end, Egypt also requests that the international community join in to provide swift assistance at the humanitarian and monetary level for Gaza’s reconstruction in accordance with a pre-set schedule.

Both sides will conclude indirect negotiations in Cairo within a month after signing the agreement, upon stabilization of the cease-fire and return to normal life in Gaza. Exchange of prisoners and bodies are to be discussed in Cairo at that time.

The issue of construction of a seaport and/or airport in Gaza are to be considered in accordance with the Oslo Accords and prior agreements. 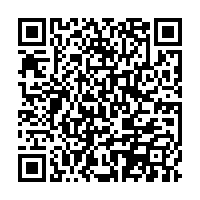