Four Arab kids were looking at the remains of a burnt motorcycle belonging to Abdullah Harti, 29, a jihadist who was targeted and taken out by an Israeli drone. He is now in critical condition in the hospital.

Harti was a bad man, who shot rockets at civilians. But I doubt that this is how these four kids were thinking. I doubt they reacted the way any sane kid would have done, seeing this burnt motorcycle, which is to say, “What an idiot,” and walk away, certain never to get involved in shooting civilians.


They’re more likely to be thinking that some day they, too, would be riding their motorcycle to the launch pad, to shoot flying pipe bombs at children.

We should mix the drones that kill bad people with drones that drop candy on targeted kids. Confuse them a little. Don’t let them be so terribly certain. 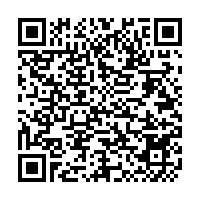