An unidentified woman yelled “Allahu Akbar!” and then stabbed two people with a box cutter late Sunday morning at a French Riviera supermarket in the town of La-Seyne-Sur-Mer, outside Toulon.

A female store cashier and a male customer were reportedly wounded at the LeClerc supermarket, AFP reported. The customer was stabbed in the upper chest or throat, but was said to be “out of danger.” Both were taken to a local hospital for treatment.

The 24-year-old attacker is known to police for a history of violent crimes, according to BFMTV, but allegedly not to the intelligence services.

French prosecutor Bernard Marchal said the woman shouted “Allahu Akbar” (Arabic for “God is Great” — the jihadist war cry) before she began to attack people with the weapon.

Marchal told reporters the woman had “proven psychiatric disorders.” However, he said, “that does not exclude the possibility that she may have been radicalized … We don’t yet know if this is a terrorist act, but in any case it was terrifying,” he added.

An investigation has been launched into possible terrorist connections, with police having searched the attacker’s home to determine whether she has links to the Islamic State terrorist organization. 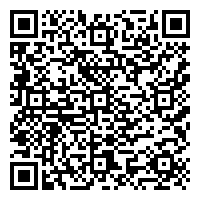