An Ultra Orthodox Jewish man visit the “Chamber of the Holocaust” on Mount Zion in Jerusalem’s Old City on April 27, 2014, on the eve of the Israeli Holocaust Memorial Day.

The Chamber of the Holocaust was Israel’s first Holocaust museum established in 1948 by the Israel’s Ministry of Religion and its Director-General, Rabbi Dr. Samuel Zanvil Kahane. 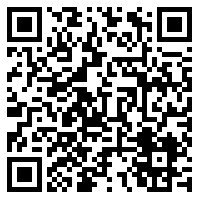