The Palestinian Authority released photos this morning of their enforced boycott of Israeli products in PA occupied territories.

This morning, PA enforcers stopped a delivery truck in Ramallah at Manara Square. The Fatah enforcers pulled out all the Tnuva milk bottles from the truck, and then spilled out all the milk onto the street in front of a crowd.


The Palestinian Authority is desperate to hurt their own population.

The PA simply does not have the production capacity to produce anywhere near enough milk to feed their population.

Without Israeli-produced milk, PA President Mahmoud Abbas is making sure PA children will go without milk and their parents forced to ration what little milk they will be able to find.

But as we pointed out yesterday, in reality, only PA shopkeepers will get hurt (for now). PA Arabs will buy their milk from the Israeli Rami Levy supermarkets instead.

But what happens to the Arabs when the Palestinian Authority enforcers start going house to house looking for Tnuva milk in the refrigerators?

Will the PA, for their next step, stop Arab children from going to Israeli hospitals to treat them for the PA-induced malnutrition? 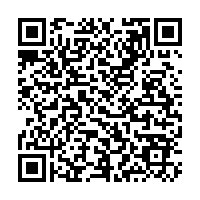